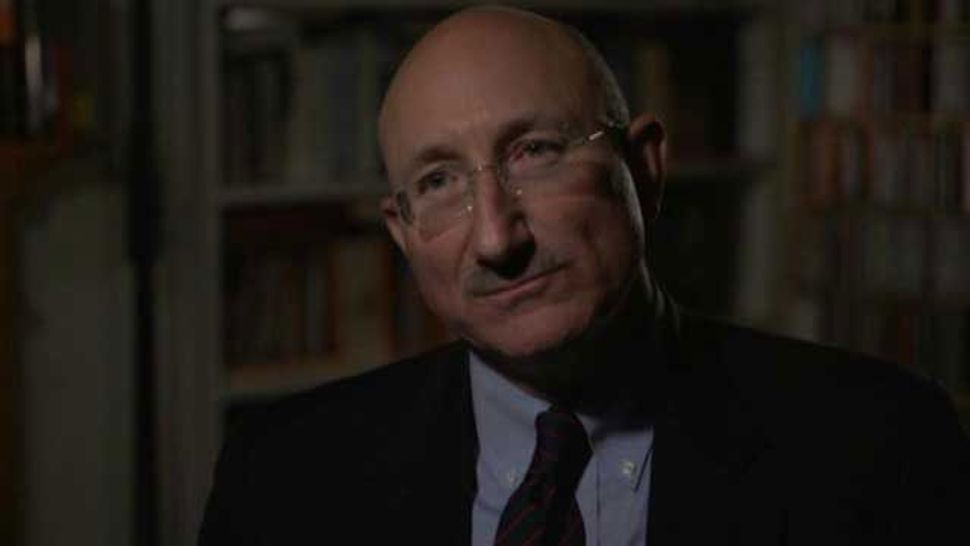 David Cesarani, the great British historian of the Holocaust and Anglo Jewry, has died at the age of 58, London’s Jewish Chronicle reports. The London Times columnist David Aaronovitch described him as “a man of luminous intelligence and splendid academic achievement.”

Cesarani — as a research professor in History at Royal Holloway, University of London and director of the school’s Holocaust Research Center — made significant interventions in the field of Holocaust studies, winning the National Jewish Book Award for History in 2006 for “Becoming Eichmann: Rethinking the Life, Crimes and Trial of a Desk Murderer.”

Using archival material hitherto unavailable to historians, Cesarani dismantled the notion, constructed by Hannah Arendt, that Eichmann was essentially a banal bureaucrat — a paper pusher responsible for the deaths of millions due to circumstance, time, and place. Dismissing Arendt as an unreliable witness, Cesarani showed that Eichmann’s anti-Semitism and belief in Nazism, as well as the denigration of European Jewry to subhuman status and the willingness of others to collaborate in Nazi crimes, made his participation in the Holocaust possible.

“It is thoroughly researched, densely factual; there may never be need for another biography of the man,” Barry Gewen wrote in a review for The New York Times.

Invested in Holocaust education and remembrance, in 2005 Cesarani was awarded an OBE for his work towards the establishment of Holocaust Memorial Day (HMD) in the United Kingdom. He was a trustee of the HMD Trust and a consultant to the Holocaust Educational Trust. His public support for a Holocaust museum in London in the 1990s culminated in the opening of the permanent exhibition on the Holocaust at the Imperial War Museum in 2000. Cesarani served on the advisory board working with the team that created the exhibit.

Cesarani was also an important voice in Anglo-Jewish affairs. He wrote a history of The Jewish Chronicle — the British Jewish paper of record — that its current editor, Stephen Pollard, described as “gripping, enlightening, and judicious.” Writing for The Guardian and New Statesman, Cesarani in turns dispelled the myth of Jewish unity, assailed the journalist Peter Oborne for his insinuations about the power of the pro-Israel lobby, and argued that a “suspicion of Jews is ingrained in certain quarters of Britain’s ruling class.”

From the political left, Cesarani critiqued the growing movement on Britain’s university campuses to boycott, divest and sanction Israel. “It is possible to support the Palestinian struggle against the occupation and for a viable state without endorsing the murder of innocents or conspiracy theories about Jews,” he wrote. “British universities are a meeting place of different nationalities and ethnic and faith groups. The boycott campaign, anti-Israel motions, double standards and violent rhetoric poison this precious environment.”

All in all, Cesarani was the author and editor of over fifteen books, including a biography of Arthur Koestler, “The Homeless Mind,” and “Major Farran’s Hat: Murder, Scandal and Britain’s War Against Jewish Terrorism 1945-1948.” His final work, “Final Solution: The Fate of the Jews 1933-1949,” is due for publication in January 2016.

At an event in March for London’s Jewish Book Week, Cesarani indicated that “Final Solution” demonstrate the surprising lack of inevitability in the events that culminated in the Holocaust. “Auschwitz is tremendously important,” Cesarani said then, but “it has created the sense that the Holocaust started in 1933 and inevitably led to Auschwitz.” Instead, Cesarani will stress the haphazard evolution of anti-Jewish policy in the 1930s and argue that the Holocaust was a consequence of both German and Allied military failures.

“So much knowledge has gone from the world with David Cesarani’s passing,” Stephen Pollard concluded.