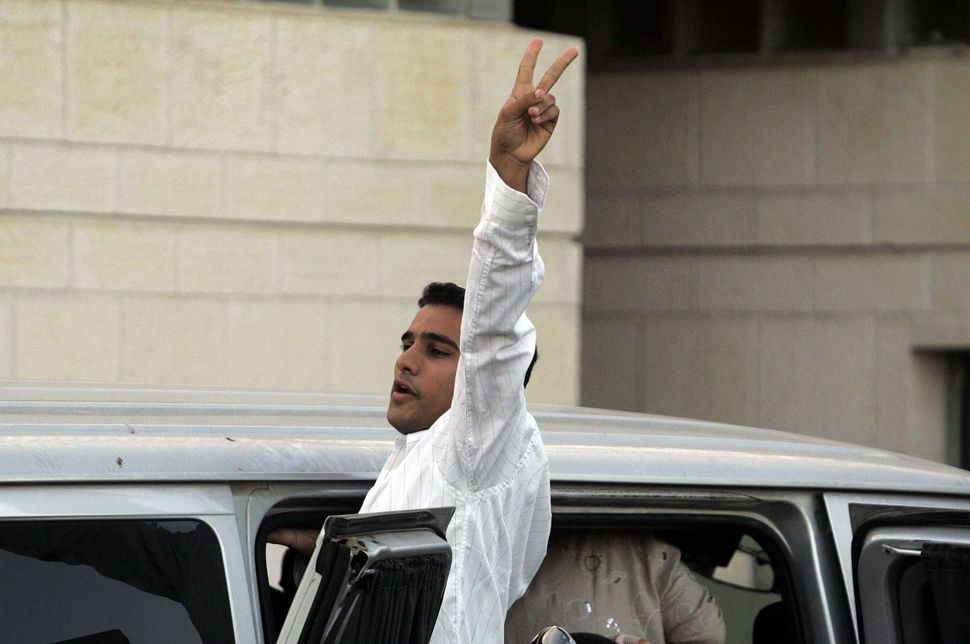 The brother of Yigal Amir, who assassinated Yitzhak Rabin in 1995, was arrested for incitement after posting inflammatory content on Facebook.

Hagai Amir, who served 16 years in prison for assisting his brother in the slaying of the Israeli prime minister, was detained for questioning on Tuesday, Ynet reported.

Amir’s Facebook post said Israeli President Reuven Rivlin and the “Zionist state” would soon depart from this world,” comparing them to Sodom, the city destroyed by God in this week’s Torah portion.

The post apparently was in response to Rivlin’s statement days earlier, at a ceremony marking the 20th anniversary of the assassination, that he would never pardon Yigal Amir.

Hagai Amir’s post also said that God “determined that Rabin would die even though Rivlin and his friends didn’t exactly agree” and said the day when Rivlin departs “is not far away.”

Hagai Amir was convicted in 1996 of conspiracy to commit murder and possession of a firearm, and both he and Yigal confessed to their roles in the crime. Neither has expressed remorse for their actions.

Many Israelis nonetheless believe the brothers are innocent or part of a larger conspiracy.