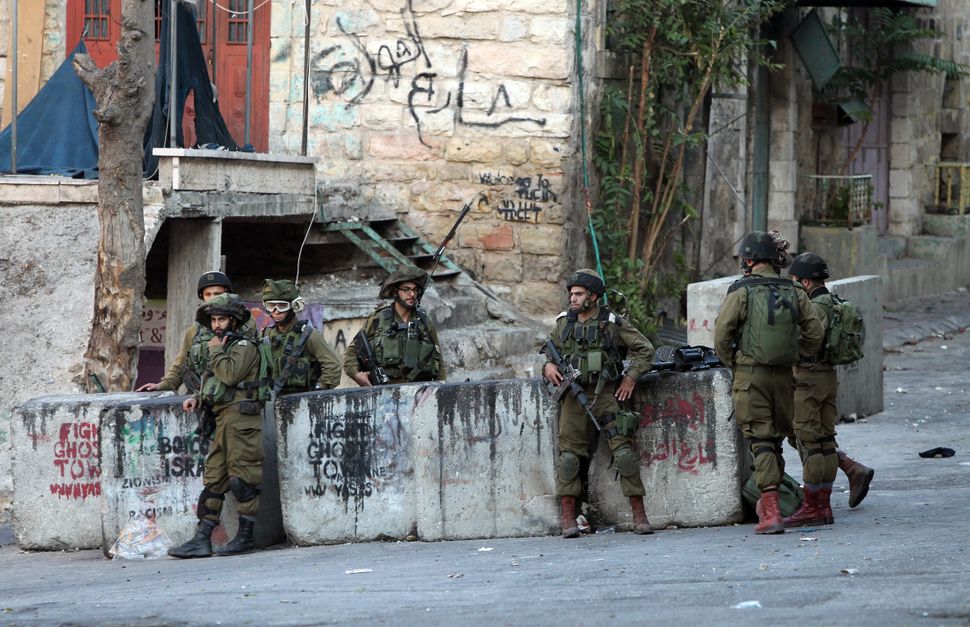 Israeli soldiers shot dead a Palestinian who tried to stab them in the occupied West Bank on Wednesday and an Israeli woman was wounded in a separate knife attack near a Jewish settlement, the military and police said.

The latest assaults underscored what appeared to be a shift in weeks of bloodshed to the West Bank away from Jerusalem, where Israeli police have set up roadblocks in Palestinian neighborhoods where many of the alleged assailants lived.

But with attacks still occurring daily against Israelis, and lethal force being used against alleged attackers, there was still no end in sight to the worst wave of Israeli-Palestinian violence since the 2014 Gaza war.

A U.S.-promoted Jordanian plan announced on Saturday to set up cameras to monitor the flashpoint al-Aqsa mosque compound, a place holy to both Muslims and Jews, has still not been implemented. Palestinians have voiced concern Israel would use such footage to arrest suspected militants.

“Do not push my people into further despair,” he said.

A spokesman for Israel’s Foreign Ministry said Abbas, in his speech in Geneva, “chose once more the way of propaganda and incitement, instead of the dialog proposed by Israel.”

Palestinians are also frustrated by the failure of numerous rounds of peace talks to secure them an independent state in territories including the West Bank that Israel captured in a 1967 war. The last phase of negotiations collapsed in 2014.

Since Oct. 1, at least 60 Palestinians, 33 of whom Israel has said were assailants armed mainly with knives and in a few cases with guns, have been shot dead by Israelis at the scene of attacks or during protests in the West Bank and in Gaza. Many of the attackers have been teenagers.

Eleven Israelis have been killed in Palestinian stabbings and shootings.

In an incident on Wednesday, a Palestinian was shot dead by Israeli troops after he approached an army outpost in the West Bank city of Hebron, drew a knife and tried to stab a soldier, the Israeli military and police said.

An Israeli woman was moderately wounded in a separate stabbing near a supermarket in the Etzion bloc of Jewish settlements in the West Bank, the military said. The suspected assailant was arrested.

Amnesty International said on Tuesday that it had found some of the killings of Palestinians had been unjustified, and that Israeli forces were using “extreme and unlawful measures.” Israel says lethal force is justified against deadly threats.

Increasing numbers of religious Jews visiting Jerusalem’s al-Aqsa mosque plaza, Islam’s holiest site outside Saudi Arabia and revered in Judaism as the location of two destroyed biblical temples, have spurred Palestinian allegations that Israel is violating a “status quo” under which Jewish prayer there is banned.

Israel has pledged to abide by the long-standing arrangement at the site in Jerusalem’s walled Old City. Prime Minister Benjamin Netanyahu described as a provocation a visit on Wednesday to the al-Aqsa plaza by an Arab member of parliament who alleged that Jews were surreptitiously praying at the site.

Netanyahu had banned visits to the area by Jewish and Arab parliamentarians in an effort to calm tensions.