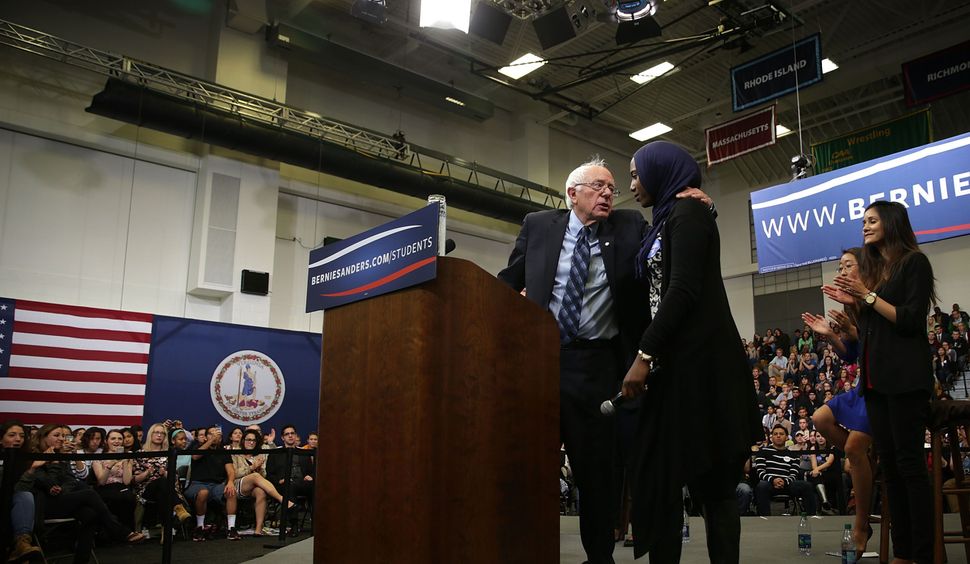 Democratic presidential hopeful Bernie Sanders embraced a Muslim student and referenced his Jewish background in condemning all forms of racism.

In the Q&A portion of a town hall meeting at George Mason University in Fairfax, Virginia, Wednesday night, hijab-wearing senior Remaz Abdelgader identified herself as “an American Muslim student who aspires to change this world” and complained about the “rhetoric that’s going on in the media.”

In response, Sanders, a Vermont senator who identifies as democratic socialist, hugged her and said, “Let me be very personal here if I might. I’m Jewish. My father’s family died in concentration camps. I will do everything that I can to rid this country of the ugly stain of racism which has existed for far too many years.”

Sanders went on to say that racism, sexism and homophobia have long been tools used to divide workers. “They played one group off against another. The rich got richer while everybody else was fighting each other. Our job is to build a nation in which we all stand together as one people.”