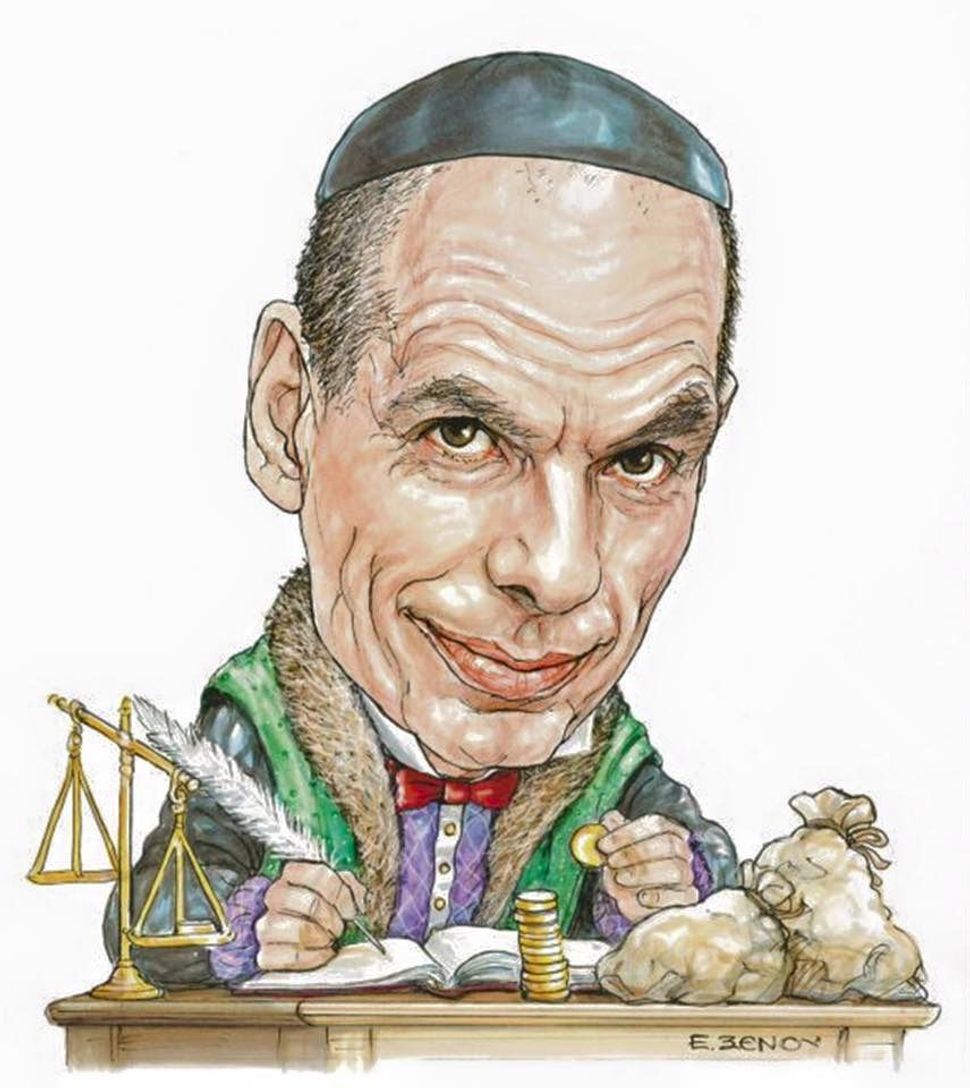 The Greek Jewish community protested after one of Greece’s main newspapers published a caricature of former Finance Minister Yanis Varoufakis as a “Jewish moneylender.”

The image, which shows Varoufakis wearing a giant black skullcap and hunched over a ledger, counting bags and coins of gold, was published Friday in Ta Nea, one of the country’s largest newspapers, usually associated with the center-left.

“We consider the use of religious racist stereotypes to portray current events as not only unacceptable and despicable, but especially dangerous, as it spreads religious hatred and perpetuates prejudices that should not have a place in today’s society,” said a letter to the editor from the Central Board of Jewish Communities in Greece.

The cartoon was published after Varoufakis, the outspoken former far-left finance minister, revealed he had recently been paid thousands of euros for interviews and speaking fees.

Anti-Semitic stereotypes are widespread in Greek public and political discourse and a recent Anti-Defamation League survey showed that Greece has Europe’s highest rate of anti-Semitic attitudes, with 69 percent of Greeks espousing anti-Semitic views.