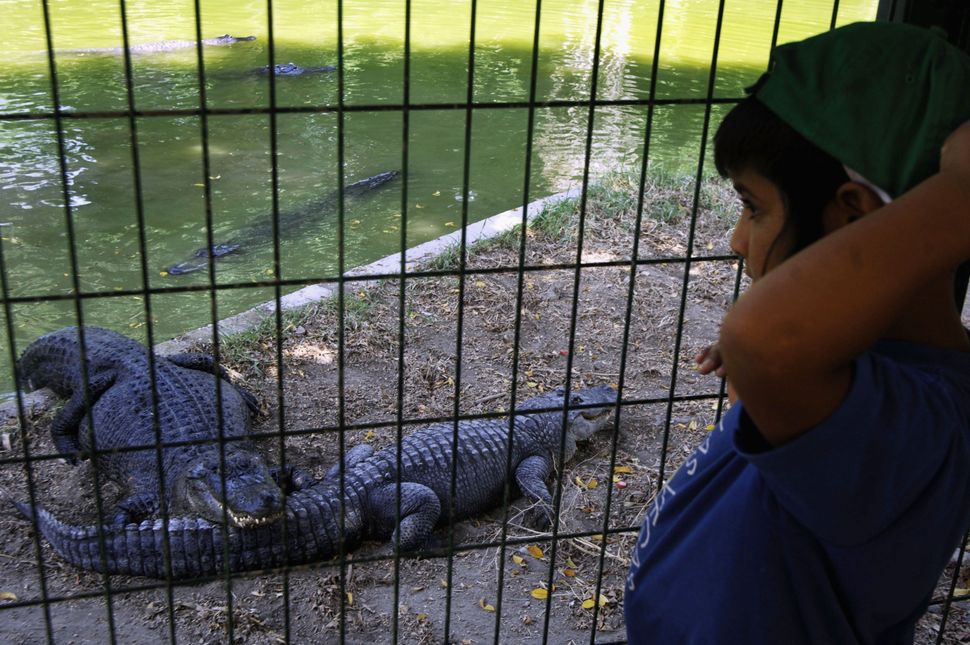 When an Israeli government minister shelved his controversial proposal to expel the country’s stray cats this week, it seemed local animals were safe.

But an Israeli municipal head has now suggested transferring crocodiles from the West Bank to a foreign country.

The Yafit settlement discovered a small croc on its grounds Wednesday, according to Haaretz. The reptile, like several before it, seems to have escaped from a crocodile farm on the nearby Moshav Fatzael in the Jordan Valley — though farm owner Gadi Bitan says it’s not his.

This wouldn’t be the first time the crocodiles have gone astray. The farm closed to tourists years ago, and some of Bitan’s crocodiles have escaped over the years — including several dozen in 2011, according to Haaretz.

David Alhayani, head of Jordan Valley Regional Council, told Haaretz: “For safety reasons we don’t want them around. I really don’t know what can be done with them and if there is any country willing to take in more than 1,000 crocodiles.

The coordinator of the Government Activities in the Territories’ Office told Haaretz that the Civil Administration has long sought solutions to the problem but that Bitan has obstructed them.

Bitan tried to establish a crocodile park in Cyprus last year, Haaretz reported, but he has yet to receive the relevant licenses.