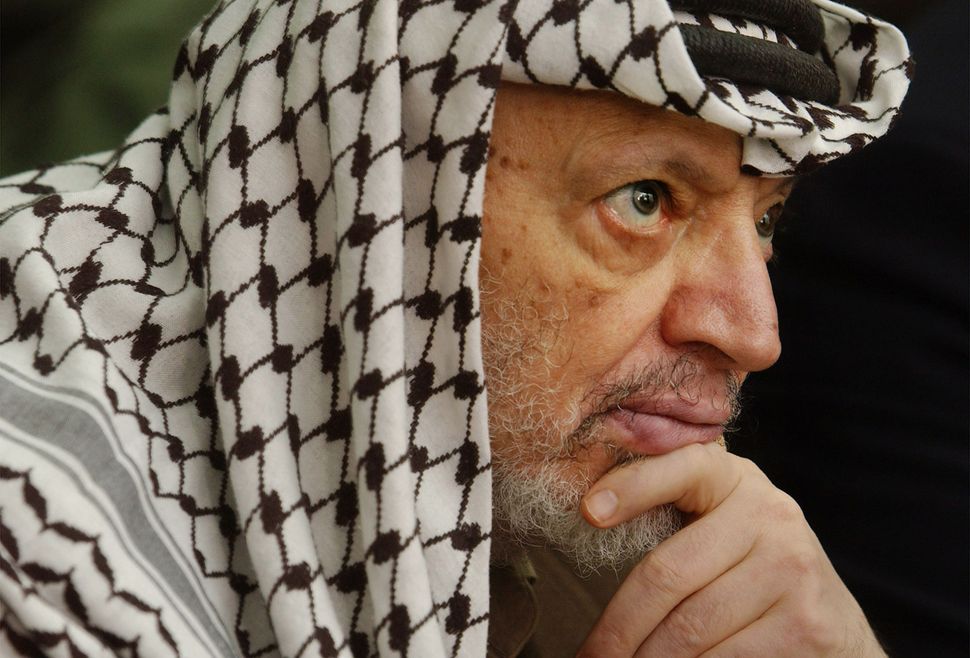 The mayor of a Venezuelan municipality unveiled a bust of the late Palestinian leader Yasser Arafat, celebrating him as a fighter for peace and freedom.

Libertador Mayor Jorge Rodriguez emphasized during a speech at the unveiling Wednesday that the bust was meant “to honor the hero that fought for peace, freedom and sovereignty.”

The state-owned Correo del Orinoco of a smiling Arafat, perched on a tall stone block decorated with a relief of an olive branch.

Wearing a keffiyeh around his neck — a Palestinian national symbol – the mayor of the Caracas-area suburb added, “This homage expresses our brotherhood with the Palestinian people and repulsion at the aggressions they have suffered.”

Arafat’s legacy is controversial because of alleged widespread corruption and evidence that he continued to use terrorism alongside diplomacy as president of the Palestinian Authority, which he held until his death in 2004.

Arafat received the Nobel Peace Prize along with Yitzhak Rabin, the late Israeli prime minister with whom Arafat reached an agreement that led to the signing of the Oslo Peace Accords in 1993. Before signing the peace accord, Arafat was considered a terrorist by Israel, the United States and certain countries in Europe.

Linda Sobeh Ali, the Palestinian Authority’s envoy to Venezuela, also attended the ceremony. She said that “the large news agencies dominated by imperialist groups have hidden the truth that Arafat was murdered with radioactive substance.” Many Palestinians believe Arafat was killed by Israel, though a series of tests conducted on his body have produced no conclusive evidence to support this theory.