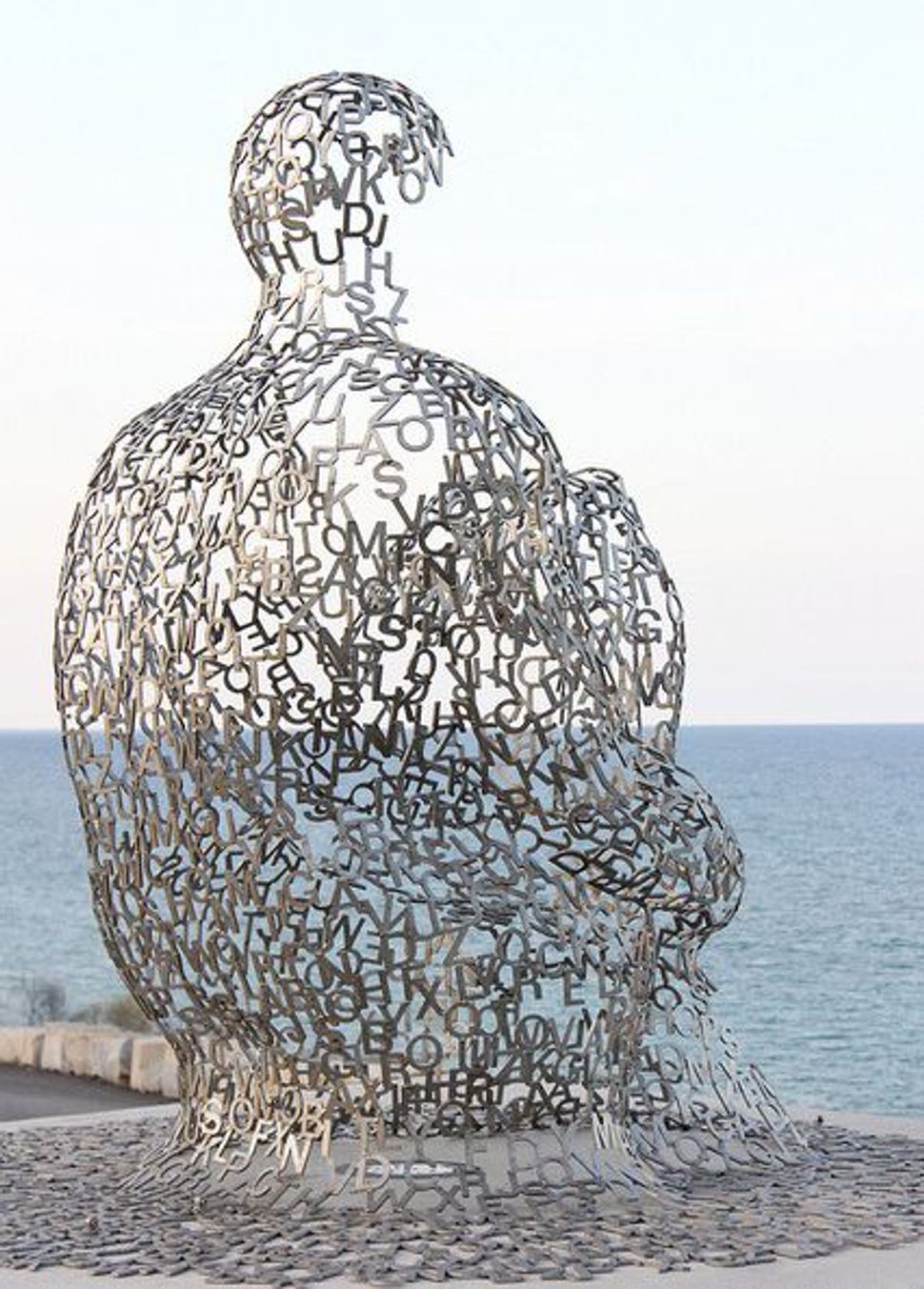 A Milwaukee suburb is removing a statue for changes after a Jewish blogger said it included anti-Semitic messages.

Matt Sweetwood, who is based in New Jersey, was visiting his daughter and son-in-law in Milwaukee earlier this month when he toured the Village of Shorewood, known for its lakeside views.

Shorewood is also the site of Spillover II, a sculpture by Spanish sculptor Jaume Plensa, who uses combinations of metal capital letters as his material. Spillover II, which was paid for by a private donor, depicts a crouching man gazing at Lake Michigan.

Sweetwood said on his blog that he discerned the following phrases in the statue: “FRY BAD JEW,” “DEAD JEW” and “CHEAP JEW.”

The post went viral and led to calls from residents to remove the sculpture. Plensa will pay to have the work done, the Milwaukee Journal Sentinel reported on Nov. 13.

U.S. gallery owners who feature his work, speaking on his behalf, said Plensa never intended the messages discerned by Sweetwood.

“Plensa uses alphabets as conceptual metaphors for cultures; the letters from each alphabet are utilized to create a skin of an anonymous figure with each letter’s placement entirely at random,” Paul Gray of Richard Gray Gallery in Chicago and Mary Sabbatino of Galerie Lelong in New York told the Journal Sentinel. “Plensa is deeply saddened that his sculpture has been so egregiously misinterpreted. Plensa’s works and beliefs are the antithesis of anti-Semitism.”

The Jewish Community Relations Council of the Jewish Federation of Milwaukee welcomed the change, saying that Shorewood and Plensa “responded quickly and with great sensitivity.”

“We’re grateful for their sensitive handling of this situation,” director Elena Kahn said in a statement sent to JTA. “We look forward to celebrating with Shorewood when the sculpture returns to Atwater Park.”

Local media covering the issue questioned whether the messages were intended, noting the jagged placement of the letters and how multiple combinations could be read.

The Milwaukee Record also noted that reading the “BAD” in “FRY BAD JEW” required overlooking a Z between the B and A. The P in CHEAP is only discernible if one combines the line connecting an N, below and a D, above.