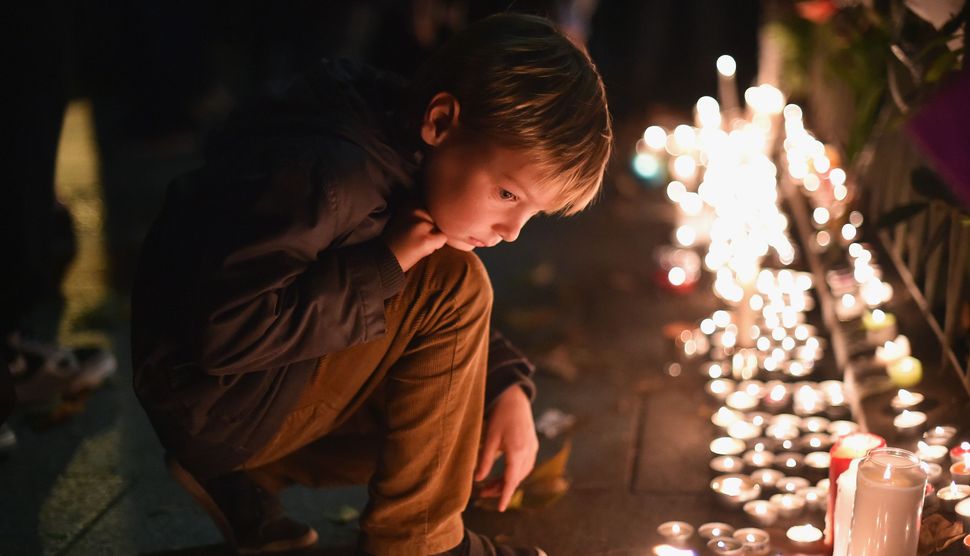 French Jewish and Muslim clergy members led a memorial together for the victims of the terrorist attacks in Paris outside the Bataclan concert hall, where 89 people were killed and hundreds injured on Friday night.

The group, which included multiple French imams and representatives of the Paris Jewish community, laid bouquets of white roses on Sunday among the hundreds of candles left outside the theater by the public, the Guardian reported.

“Anyone who uses hate speech has no place in France, and those places that preach hate are not places of prayer but are those of a sect,” Hassen Chalgoumi, the president of the imams’ conference of France, told a crowd of several dozen people. “1.5 million people are hostages of Daesh [an Arabic acronym for ISIS], 1.5 million people are hostages of these barbarians who are sullying the name of Islam and Muslims. It’s time to say no to this barbarity.”

Chalgoumi said that ISIS has a “fatwa” against him calling for his death.

The memorial was the idea of Polish-Jewish author Marek Halter, who has written extensively on his family, which escaped the Warsaw Ghetto during World War II.