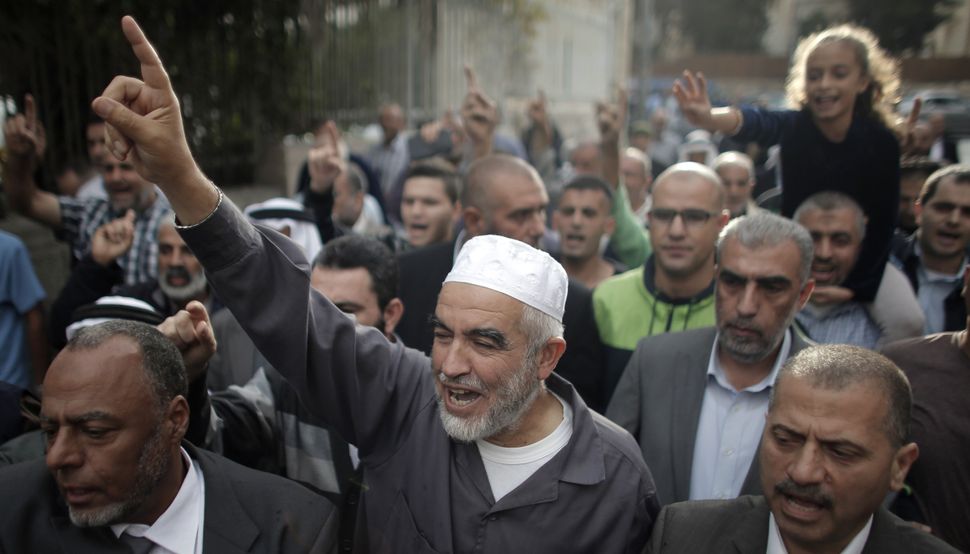 Israel on Tuesday outlawed an Islamist group it says has played a central role in stirring up violence over a Jerusalem holy site in a wave of bloodshed that began seven weeks ago.

The decision by Israel’s security cabinet, accompanied by police raids on the offices of the Islamic Movement’s northern branch, were some of the strongest actions in years against a prominent organization of the country’s Arab minority.

The Islamic Movement runs its own educational and religious services, and has been at the forefront of protests against government policies toward Israeli Arabs and the Palestinians. It says all of its activities are lawful, and its leader called the new Israeli moves unjust.

Prime Minister Benjamin Netanyahu accused the Islamic Movement’s northern branch of leading a “deceitful campaign” that alleged Israel was trying to alter the religious status quo at the Jerusalem site known to Muslims as the Noble Sanctuary, where al-Aqsa mosque stands, and to Jews as Temple Mount.

Non-Muslim prayer is banned around al-Aqsa and Israel has said it will not change that. But more visits in recent years by Jewish religious activists and ultranationalist Israeli politicians to the complex where two biblical temples once stood have done little to convince the Palestinians.

Since Oct 1, 14 Israelis have been killed in attacks by Palestinians. At least 78 Palestinians, 47 of them assailants according to police, have been killed by security forces at scenes of assaults and many others in violent protests in the occupied West Bank and near the Gaza border.

“A significant number of the recent attacks were committed against the backdrop of (the Islamic Movement’s) incitement and propaganda,” a statement issued by Netanyahu’s office said.

Sheik Raed Salah, leader of the group’s northern branch, said it would take legal action against the Israeli ban.

“I am proud to persist as head of the Islamic Movement and will be victorious in its name and victorious in its principles, Jerusalem and the blessed al-Aqsa mosque paramount among them,” Salah said in a statement.

A police spokeswoman said Salah was summoned to police headquarters to be notified formally of the edict but was not under arrest.

Police said they shut down 17 Islamic Movement offices and seized documents, computers and funds and froze some of its bank accounts.

Salah was sentenced in October to 11 months in jail after being convicted in 2013 of incitement to violence over remarks he made in 2007. He has not begun serving his term.

Haifa University sociologist and pollster Sammy Smooha said about 42 percent of Israeli Arabs say they support the Islamic Movement. The group is split between the more radical northern branch and the southern faction which participates in mainstream Israeli politics.