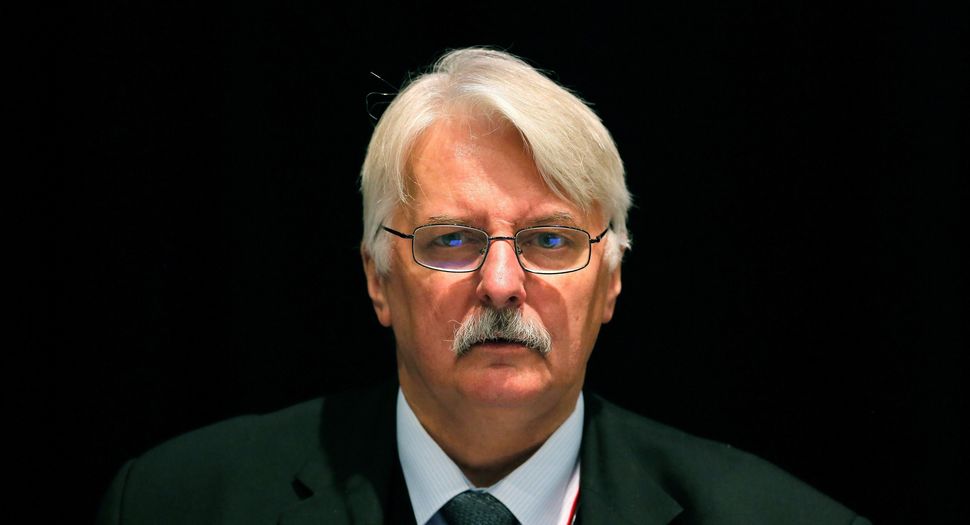 The Anti-Defamation League has criticized two Polish government officials for their failure to denounce the notorious “Protocols of the Elders of Zion.”

“We are disappointed that two senior government ministers passed up on opportunities this past week to state unequivocally that ‘The Protocols of the Elders of Zion’ is an anti-Semitic fiction,” said Andrew Srulevitch, ADL’s assistant director for international affairs in an email to the Forward on November 16.

The ADL has documented high levels of belief in Jewish conspiracy theories through surveys it has conducted over many years in Poland. The Protocols, circulated by czarist secret police, promote the belief that there is an international Jewish conspiracy to control the world.

The ADL had previously called upon the new Polish defense minister, Antoni Macierewicz, to retract and apologize for statements he made about the “Protocols” during a 2002 radio broadcast in which he said: “Experience shows there are such groups in Jewish circles.”

In a November 9 letter to the new Polish prime minister, Beata Szydlo, ADL national director, Jonathan Greenblatt, expressed hope that the prime minister would not tolerate such beliefs in the government of the Law and Justice party.

However, when Szydlo’s minister of foreign affairs was asked on November 13 during a Polish morning radio show about the new government’s response to the ADL letter, Waszcykowski answered with reference to “the impact of the Jewish lobby.” He mentioned the book by John Mearsheimer and Stephen Walt, “The Israel Lobby,” which he called the Jewish lobby.

Waszcykowski said that Poland will create its own lobby and its own narratives — and is considering a lawsuit.

“We also want to create a Polish anti-defamation league which would present Polish narratives, that we were a country and a nation which was also the victim in history,” he said.

His comment stunned a prominent Holocaust scholar, professor Barbara Engelking of the Polish Center for Holocaust Research in Warsaw.

“He seems to confound the Protocols, a czarist forged document, with modern rules of democratic lobbying action,” said said.

“The idea of creating an institution which will defend Poland’s good name is not a new one,” Elbaum said. “It was part of their campaign. It is all pathetic and sad.”