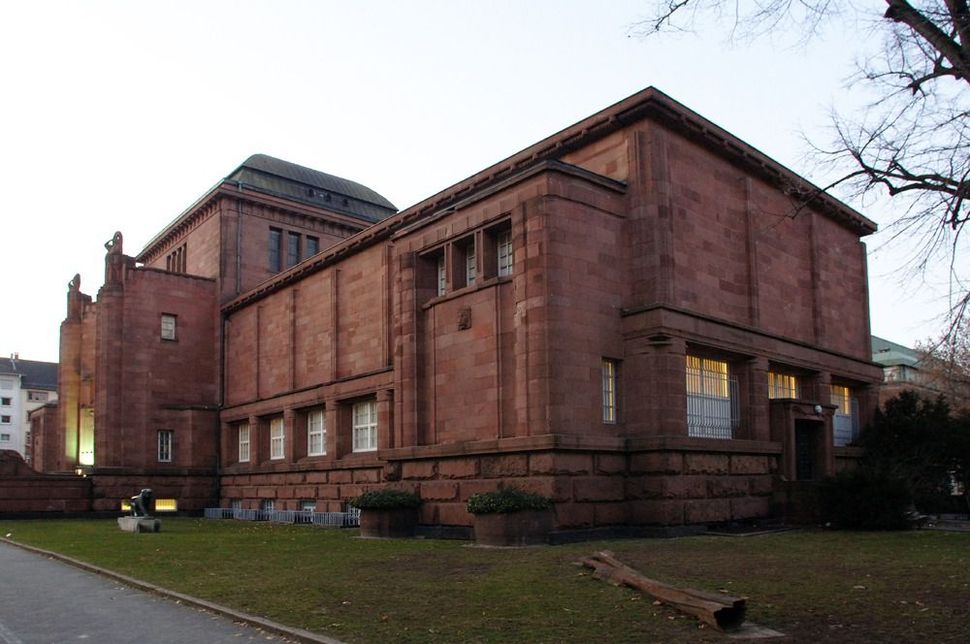 Some of the sculptures and drawings in the Kunsthalle Mannheim are by artists Laszlo Moholy-Nagy, Max Slevogt and Edgar Degas, according to reports. The museum has registered the pieces with the German Lost Art Foundation and on the Lostart database in hopes of reaching possible heirs.

The museum, which has been researching the provenance of its collection since the end of 2011, announced Tuesday that it has found “clues that these works could have been stolen by the NS [National Socialist] regime.”

While most of the objects examined turned out not to have any questionable acquisition history, the museum reportedly has made only a dent in its provenance research.

Observers have criticized Germany’s established art institutions for being slow to check for works that may have been confiscated or purchased under duress from Jewish collectors during the Nazi period.

The German Lost Art Foundation was established in January to assist in provenance research and uphold the Washington Principles of 1998, a set of guidelines for determining whether art was obtained illegally under the Nazi regime. The foundation will hold its first conference next week, “New Perspectives on Provenance Research in Germany,” at Berlin’s Jewish Museum.

Meanwhile, the Staatsgalerie Stuttgart has just introduced an audio tour — titled “Suspected: Nazi-looted art?” — that reflects the museum’s groundbreaking provenance research, which has been under way since 2009. On display are works that likely were procured illegally from Jewish collectors, as well as some that the Nazis stole from the museum itself.

One work by Alexander Kanoldt, “Still Life with Guitar,” was returned to its rightful heirs in 2008, and then purchased by a foundation for the museum.

Museum director Christiane Lange said she wanted the public to have access to the research results rather than have it stay behind the scenes.