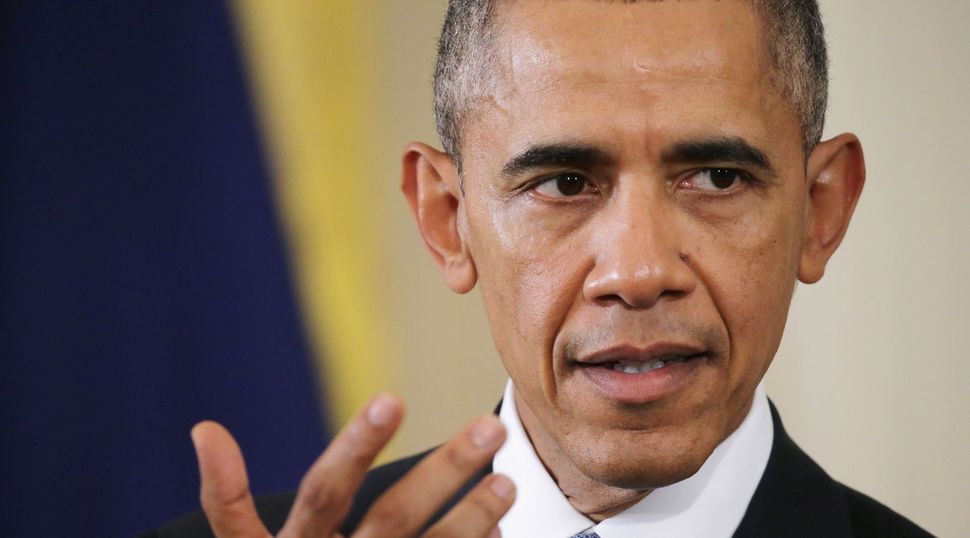 President Barack Obama called the parents of Ezra Schwartz, the 18 year-old American student murdered last week in a Palestinian terror attack in the West Bank, to offer his condolences.

“The president offered his profound condolences and condemned in the strongest terms the terrorist attack that took his life,” a senior administration official told JTA. “The president also underscored that Ezra’s studies in Israel strengthened the bonds between Israel and the United States and, as we mourn his death, those bonds only grow stronger.”

Schwartz, from Sharon, Mass., was on a gap year studying at a yeshiva in Israel. He was to start business school at Rutgers University in New Jersey in the fall.

The Obama administration condemned the attack on Nov. 20, a day after it occurred, but a number of Jewish groups and commentators complained that the condemnation had not come quickly enough and that it had come from the State Department spokesman, rather than the White House.

There were further complaints when Obama, in remarks during a news conference in Malaysia on Sunday, singled out for mention two other Americans killed in recent terrorist attacks, in Mali and Paris, but did not mention Schwartz.

“Just yesterday, I talked to the family of Ezra Schwartz from Massachusetts, a young man who came here out of high school ready to go to college, excited about his future,” Kerry said Tuesday at a meeting in Jerusalem with Israeli Prime Minister Benjamin Netanyahu. “And yesterday, his family was sitting at shiva and I talked to them and heard their feelings, the feelings of any parent who lost their child.”