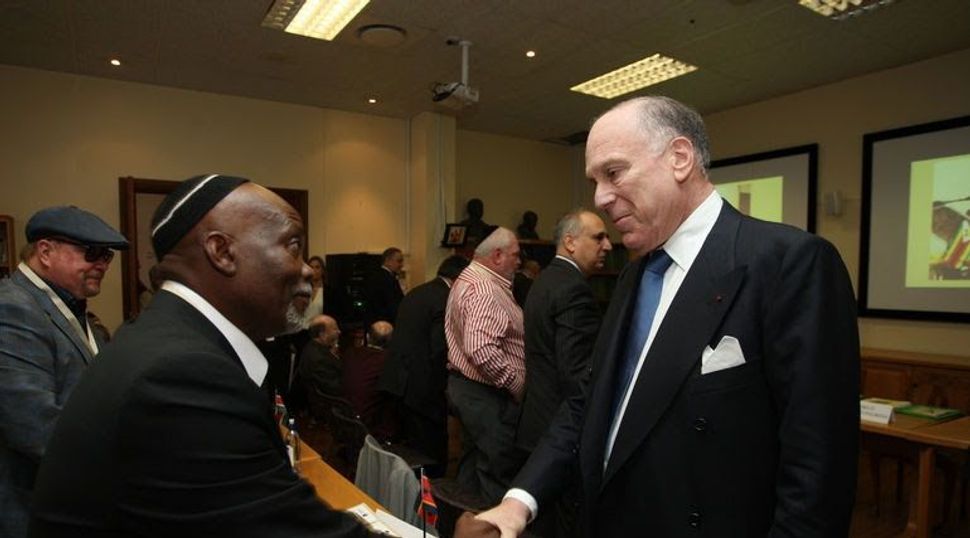 Jews from tiny communities in countries such as Zimbabwe, Zambia and Swaziland met in the South African capital of Johannesburg, where Lauder told them they will not be forgotten by the broader Jewish world.

“You are the face of Judaism in every place you are. We stand with you,” Lauder said, according to a statement. “We know how difficult it is to maintain Jewish life in isolated places, and we appreciate very much what you are doing..”

Lauder also urged the Jewish leaders to stand up for Israel when interacting with the political leaders in their countries.

“We need you to talk about what Israel stands for,” he told delegates of the gathering, known as the African Jewish Congress.

South Africa has a large and dynamic Jewish community of about 50,000. But many of the other countries in the region have tiny communities a few hundred or less.

The African Jewish Congress, an umbrella group, elected a new slate of leaders, including Ann Harris of South Africa as president.