Anne Frank Diary To Be Published Online in Copyright Challenge 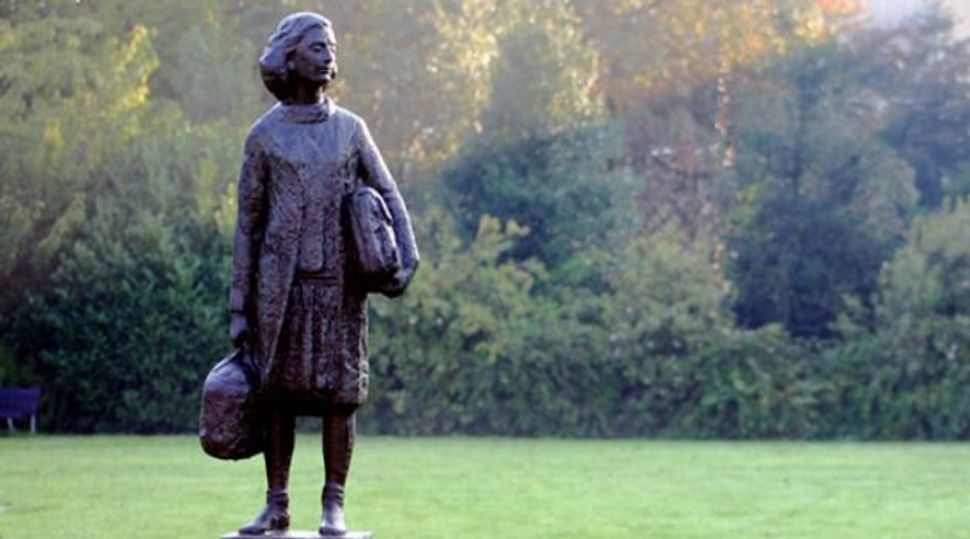 In two separate challenges to the foundation that owns the rights to Anne Frank’s diary and is seeking to extend its copyright, a French lawmaker and a French scholar each plan to publish the text online in January.

Isabelle Attard, a French Parliament member whose own grandparents died in the Holocaust, plans to publish the entire Dutch text of the famous Holocaust diary on Jan. 1, the date when the current copyright expires, the Guardian reported Wednesday. Separately, Olivier Ertzscheid, a lecturer at the University of Nantes, is also planning to publish the text on the Internet on Jan. 1.

Anne Frank’s diary, which chronicles two years of hiding from the Nazis in the “secret annex” of an Amsterdam warehouse, is arguably the most famous Holocaust-era document and inspired several play and film adaptations. She died in 1945 at the Bergen Belsen extermination camp, and because European copyrights generally expire 70 years after an author’s death, the copyright was expected to expire at the end of this year.

However, Anne Frank Fonds, the Swiss foundation that Frank’s father, Otto, established to allocate the book’s royalties to charity, announced recently that it planned to list Otto Frank as a co-author, thus adding 35 years to the copyright. Otto Frank, the sole survivor of the eight Jews who sought refuge in the annex, died in 1980.

A spokesperson for Attard told the Guardian that she plans to defend her online version of the diary in court, and is prepared to go to court, according to the Guardian.

“Many revisionists, people who want to deny the extermination camps existed, have tried to attack the diary for years,” Attard’s spokesperson said. “Saying now the book wasn’t written by Anne alone is weakening the weight it has had for decades, as a testimony to the horrors of this war.”

Yves Kugelmann, a member of Anne Frank Fonds’ board of trustees, told The Guardian: “After the war, Otto Frank merged, or compiled, the two versions of the diary that Anne Frank left, that were both incomplete and that partly overlapped, into one reader-friendly version. He typed over Anne Frank’s manuscripts and with scissors and glue subsequently, literally, ‘cut and pasted’ them into the version that was published in English from the early ‘50s. The book he created earns his own copyright.”

Next: Met Council’s Rapfogel released to minimum-security prison with view of Central Park >

Anne Frank Diary To Be Published Online in Copyright Challenge