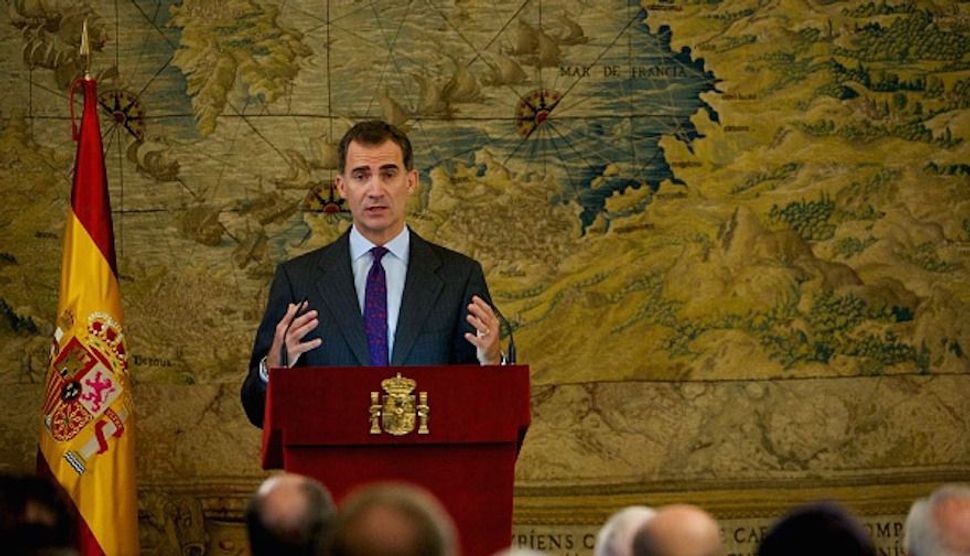 Spain’s king honored Sephardic Jews at a ceremony recognizing a new law that confers citizenship on the descendants of those banished during the Inquisition.

“Dear Sephardim, thank you for your loyalty,” King Felipe VI told representatives of Sephardim from various countries at the royal palace on Monday, The Local-Spain news website reported.

“Thank you for having kept like a precious treasure your language and your customs that are ours too. Thank you too for making love prevail over rancor and for teaching your children to love this country. How we have missed you.”

Spain granted citizenship to 4,302 people who identified themselves as descendants of Sephardim a day after the law granting dual citizenship went into effect in early October.

Justice Minister Rafael Catala said there have been nearly 600 citizenship applications and 10,000 information requests since then, The Associated Press reported Monday.

The law is the result of a government decision in 2012 that described offering citizenship to Sephardic Jews as compensation for their ancestors’ expulsion from Spain in the 15th and 16th centuries by the Spanish royal house and church during the Spanish Inquisition.

Applicants need not travel to Spain, but must hire a Spanish notary and pass tests on the Spanish language and history. The Federation of Jewish Communities of Spain, or FCJE, vets the applications in Spain under the law in its capacity as consultant and partner of the government on matters concerning the so-called Jewish law of return to Spain.