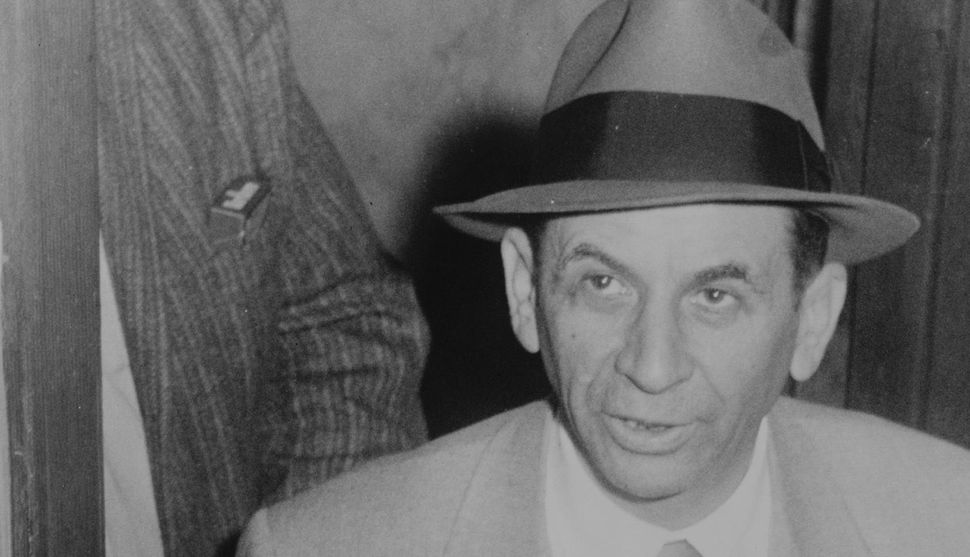 HAVANA – The heirs of Jewish mob legend Meyer Lansky want compensation for his nationalized hotel, the Riviera, the seaside home to one of the last casinos built in swinging Havana of the 1950s.

U.S. and Cuban officials on Tuesday opened talks about honoring legal claims against the respective governments that were dormant for half a century and are now under review since the former Cold War foes have restored diplomatic ties.

Although Lansky’s heirs have yet to file a claim, they have been looking into their rights ever since U.S. President Barack Obama and Cuban President Raul Castro announced a year ago that they would normalize relations, said Gary Rapoport, Lansky’s grandson.

Rapoport, 60, said he, his mother and his uncle are beneficiaries of Lansky’s trust and entitled to compensation. The hotel opened in December 1957 and was nationalized after Fidel Castro’s rebels took over little more than a year later and outlawed gambling as a capitalist vice.

“Trust me, I’m not looking to move down to Cuba and take over the business. I believe my family is entitled to something,” Rapoport said from Tampa, Florida, where he is a banker and sells industrial propane.

Rapoport said he was raised by Lansky after his mother’s divorce and worked in his Miami Beach hotel, the Singapore.

Lansky, nicknamed the Mob’s Accountant, is one of the great figures of Mafia lore, inspiring the Hyman Roth character in “The Godfather: Part II” and dramatized in the HBO series “Boardwalk Empire.”

While revolutionary Cuba has erased many vestiges of the Mafia, the Riviera advertises being built by “the gangster Meyer Lansky” and mentions that American actress Ginger Rogers inaugurated the hotel with a show in its Copa Room.

“No other hotel in Havana conserves the swing and flavor of the ’50s as stupendously as this,” its website states.

The Riviera has lost much of its luster, with barely half its rooms typically lit at night despite a tourism boom in Cuba.

Rapoport said he was hopeful the Communist government might favorably view a Lansky-related claim.

“Governments change their mind on a lot of different things,” said Rapoport, who said much of his grandfather’s business was legal and that he would offer a meal, a show and a plane ticket to gamblers who lost all their money. “I’m looking at it as a businessman.” (Reuters)