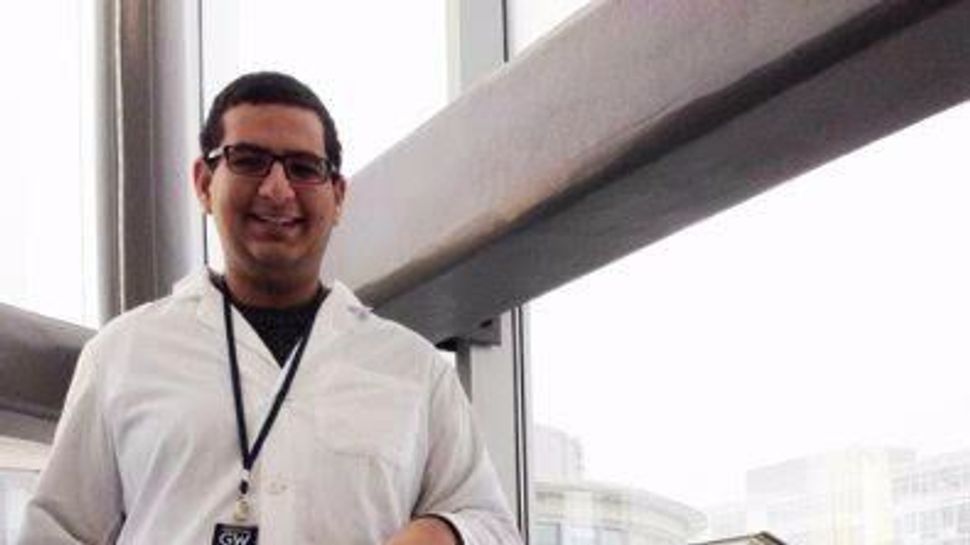 GW president Steven Knapp removed a disciplinary action against Ramie Abounaja, 20, and called the student to personally, he wrote in a statement to the university community on Dec. 10. “He was understandably alarmed (by the reprimand),” GW President Steven Knapp wrote, according to the Washington Post.

The 20-year-old student from Exeter, New Hampshire, was threatened with disciplinary action by GW and ordered to remove the flag after several classmates complained. GW said at the time that the flag violated university housing policy.

But Abounaja, whose parents are Palestinians who came to the U.S. from Lebanon, and others are convinced he was subject to biased punishment and discriminatory application of the housing code, citing other flags that have hung freely from GW housing.

Palestinian Legal, a legal group supporting Palestinian rights in the U.S., published a letter demanding GW reverse the disciplinary action against Abounaja on Monday, and addressed Title VI of the Civil Rights Act, which prohibits discrimination of race.

The pre-med student said he felt singled out and his studies have suffered over the past month, and is seeking a written apology.

In an email to campus newspaper The Intercept, Abounaja wrote, “My flag was taken down not because it broke university policy, but because of the numerous complaints people have sent to the department.” He added, “I do believe that the students at GW are very much open minded. … However, a large percentage of students condemn Palestine (and anything related).”

Hillel lists GW as having the fifth highest number of Jewish students of any private school, when asked if GW had ever received complaints for an Israeli flag, Smith could not say. Students have taken to GW’s Facebook group to express their opinions about the incident. Some feel that this was a prejudiced reaction by the University, while others commented the officer was merely doing his job and they too have been asked to remove flags.