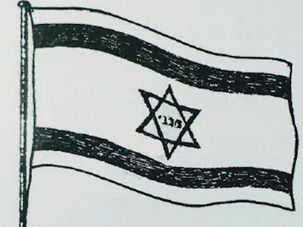 How Israel Flag Has Roots in Boston

If a blue-and-white flag with a Star of David and two horizontal stripes were to hang proudly outside a Jewish organization in Boston, it would hardly be news. Unless, of course, if that happened in 1891 — nearly 60 years before the founding of the State of Israel. The flag that today is synonymous with the Jewish state… 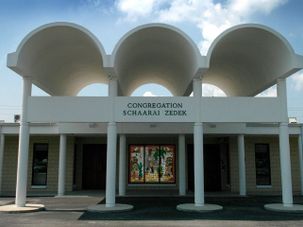 (JTA) — An American flag was desecrated with anti-Semitic messages and then thrown in front of a synagogue in Tampa, Florida. Messages on the flag, discovered on a wall in front of Congregation Schaarai Zedek in south Tampa, blamed Jews for media bias and immigration policies, WTSP, the Tampa-area CBS affiliate, reported. The flag was… 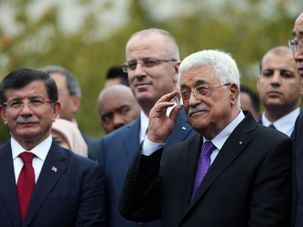 Were Abbas and Netanyahu slinging mud or constructing cunning political strategies through their respective United Nations speeches this week? J.J. Goldberg breaks it down.

The Palestinian flag was raised outside the United Nations headquarters in New York for the first time.

The United Nations General Assembly adopted a resolution allowing what it officially recognizes as the “State of Palestine” and the Vatican to raise their flags outside the organization’s facilities.

The Palestinian Authority’s draft resolution for raising its flag at the U.N. headquarters will easily pass a vote by the world body’s general assembly, diplomats said.

The Vatican on Tuesday asked the Palestinian U.N. mission to remove all references to it from a draft resolution the Palestinians have prepared for the General Assembly calling for the flags of Palestine and the Holy See to fly at the U.N. 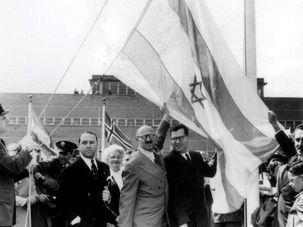 Weeks after the Confederate flag was taken down in South Carolina, Jenna Weissman Joselit explores whether there are any comparable moments - politically, socially or emotionally - in modern American Jewish history.