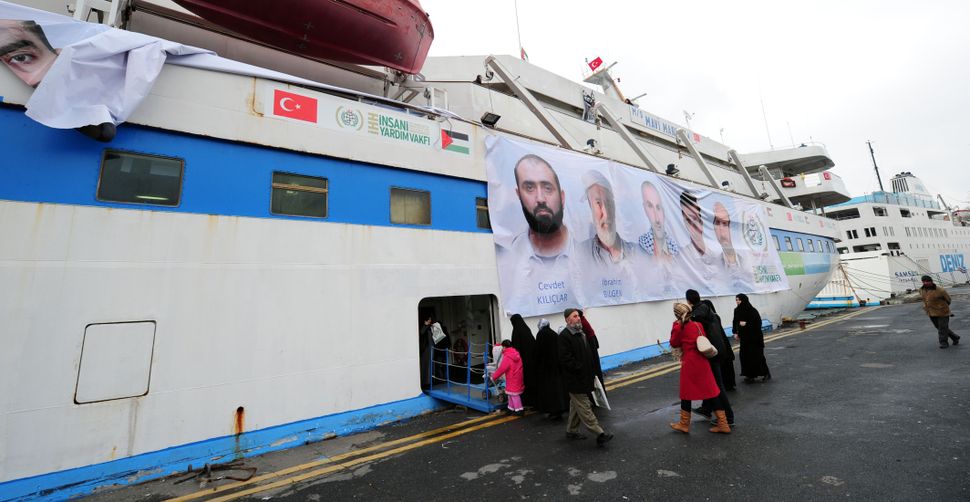 Israel and Turkey have reached a preliminary agreement to normalize relations, including the return of ambassadors to both countries, an Israeli official said on Thursday.

The deal was reached during a recent meeting in Switzerland between the incoming head of Israel’s Mossad intelligence agency, Yossi Cohen, Israeli envoy Joseph Ciechanover and Turkish foreign ministry under-secretary Feridun Sinirlioglu, the official said, speaking on condition of anonymity.

A spokesman for Israeli Prime Minister Benjamin Netanyahu declined comment. A Turkish official confirmed that talks had taken place but denied any agreement had been reached, adding that efforts to normalize relations were continuing.

Under the preliminary agreement, Israel will establish a compensation fund to address the killing by Israeli marines of 10 Turks aboard a pro-Palestinian activist ship that tried to break Israel’s blockade of the Gaza Strip in 2010, the Israeli official said. Turkey would then drop all claims against Israel.

The once-strong Israel-Turkey alliance has soured dramatically under Turkish leader Tayyip Erdogan, who heads the Islamist-rooted AK Party, reaching a low with the raid on the Gaza-bound ship.

Efforts to reconcile the countries, including in a 2013 phone call between Erdogan and Netanyahu that was brokered by U.S. President Barack Obama, have yet to yield a final deal restoring full diplomatic ties.

The channel between Israel and Turkey, which borders Iraq, Iran and Syria, was long seen as a key element in U.S. policy in the region. With the rise of Islamic State and the complexities of relations with Iran, it retains importance for Washington.

With recent tensions between Turkey and Russia, Israeli officials say that Ankara has expressed new interest in importing natural gas from Israel.

According to the agreement reached in Switzerland, the official said, the countries will discuss the possibility of constructing a pipeline to supply Turkey with gas.

The official also said it was agreed that Saleh Aruori, a senior leader in the Palestinian Islamist group Hamas who has been living in Turkey, would not be allowed to operate from there and would not be allowed into Turkey. He did not say where Aruori was currently located.