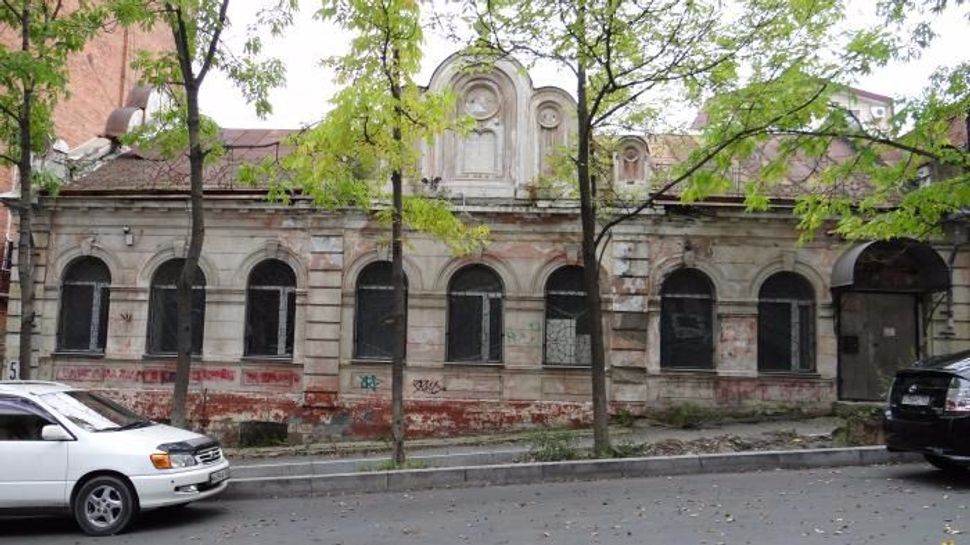 Built in 1916, the synagogue, which is located 350 miles west of Russia’s maritime border with Japan and 9o miles from Russia’s land border with North Korea, was confiscated by communist authorities in 1932 and turned into a candy factory. It was returned to the Chabad-affiliated Federation of Jewish Communities of Russia in 2005 and reopened as the port city’s only Jewish house of worship on Friday, the news site Jewish.ru reported.

Medvedev toured the synagogue shortly after its reopening in a ceremony attended by hundreds of guests. Berel Lazar, a Russian chief rabbi and a leader of the federation, hosted Medvedev at the synagogue and led the opening ceremony, which followed two years of renovations supervised by the local rabbi, Shimon Varakin.

“When the synagogue was returned, it was in a deplorable state,” Lazar said. “Nothing about it showed is was once a house of worship.” Medvedev praised the Jewish community’s commitment to rebuilding itself, the TASS news agency reported.

The opening in Vladivostok follows several synagogue inaugurations this year by the federation in Kaluga, Kazan and Zhukovka. The Russian Jewish Congress also opened a new synagogue this year in Saratov.

Separately, last week work was completed on a state-funded restoration project at Poland’s Tykocin Synagogue, a historic building in the country’s northeast dating back to 1642. The project involved the restoration of furniture at the building, which functions mainly as a museum and which receives tens of thousands of visitors annually.

On Dec. 10, a small synagogue was reopened also in Wroclaw in western Poland. It was established in 1945 in a room inside the local Jewish community’s complex and re-opened at a ceremony that featured the re-introduction of a Torah scroll to its ark.