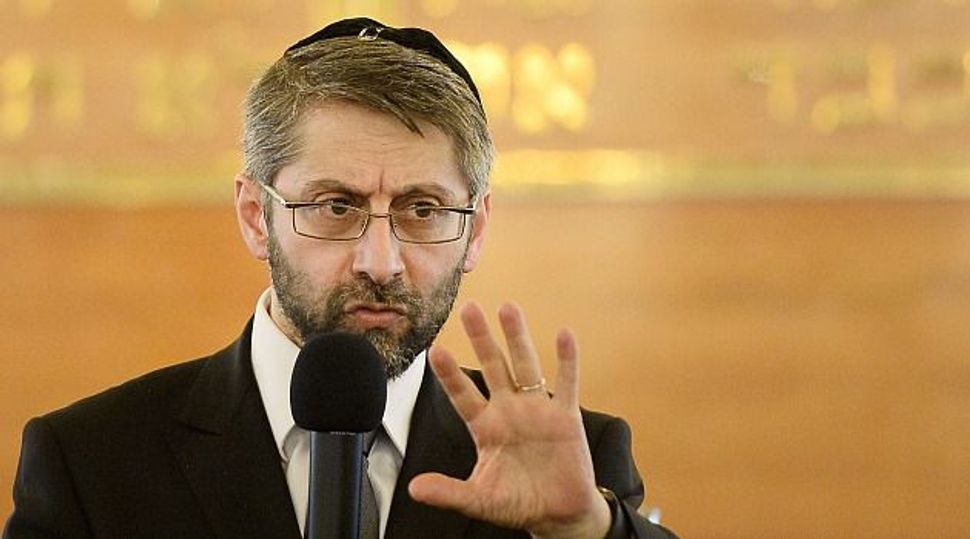 France’s chief rabbi warned the country’s association of veterinarians of the “far-reaching” consequences of its recent opposition to the ritual slaughter of animals.

Rabbi Haim Korsia expressed his concern regarding the position of France’s Order of Veterinarians in a letter he sent to the president of that association, Michel Baussier, the AFP news agency on Thursday reported.

Korsia expressed “indignation“ in the letter to a statement that Baussier had made in parliament last month during a debate on animal welfare in the French lower house, the National Assembly, where Baussier said that “every animal must be rendered unconscious in an effective manner” before it is killed for meat.

Kosher slaughter and halal, the Muslim manner of slaughtering animals for meat, require animals be conscious when their necks are cut. In October, the Netherlands Food and Consumer Product Safety Authority also advised the government to ban ritual slaughter of animals, citing pain and suffering caused to them in the process.

But if such a position is adopted in France, Korsia warned in the letter, ”it would have dire consequence greater than first at first glance, beyond people who are strictly observant,” he wrote. Korsia also sent a copy of the letter to French Agriculture Minister Stéphane Le Foll.

Korsia further noted disagreements within the scientific community as to whether animals experience greater pain when subjected to ritual slaughter in comparison to more mechanized methods. He also said the veterinarians’ decision to speak out on this issues happened in a “political context” and is “at the very least less than cautious, if not unconscionable” because of its timing.

As with non-medical circumcision of boys, ritual slaughter of animals is facing opposition across Western Europe by far-right politicians who view it as a foreign element to their culture and by liberals who believe it is inhumane.