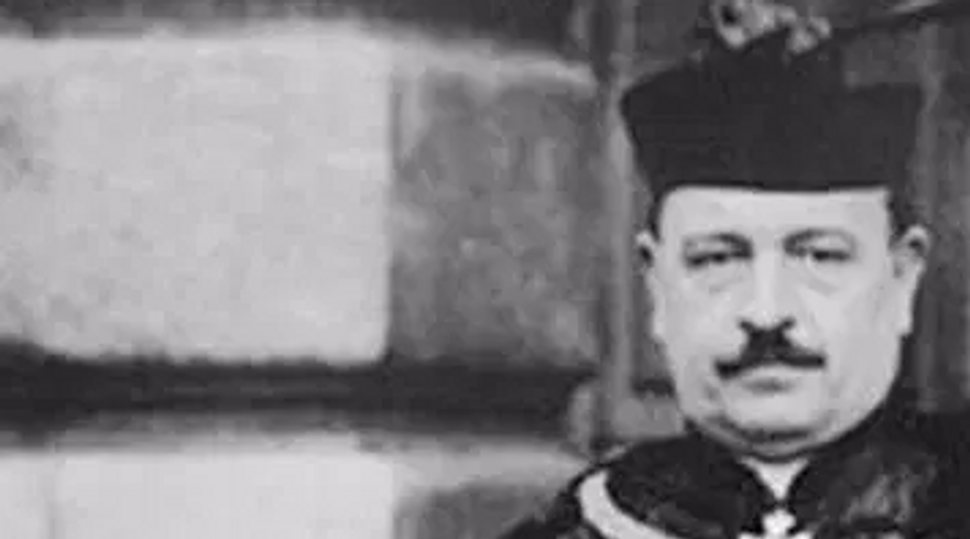 Members of the U.S. Congressional bipartisan Task Force for Combatting Anti-Semitism applauded the decision of the Hungarian government to cancel plans to erect a statue that would have honored a Hungarian Nazi collaborator.

Hungary had planned to memorialize Balint Homan, a known anti-Semite and Nazi collaborator. After learning of this, members of the task force sent a letter to Viktor Orban, prime minister of Hungary, to “express our deep concern.” The letter pointed out that Homan “spearheaded Hungary’s anti-Jewish legislation and paved the way for deportations of and atrocities against Hungarian Jews during the Holocaust.”

The Hungarian government was to provide the majority of funds for the life-size bronze statue that was to have been located in the central Hungarian town of Szekesfehevar.

Homan’s actions were responsible for “the deaths of over a half million innocent Hungarians, nearly eradicating Hungary’s pre-war Jewish population,” the lawmakers wrote.

Task force co-chairs Reps. Chris Smith, R-N.J., Nita Lowey, D-N.Y., Eliot Engel, D-N.Y., Ileana Ros-Lehtinen, D-Fla., Kay Granger, R-Texas, Steve Israel, D-N.Y., Peter Roskam, R-Ill., and Ted Deutch, D-Fla., said in a statement released on Tuesday that they hope this incident “serves as a reminder that the history of the Holocaust must be neither revised nor forgotten and the memory of the millions of victims must never be disrespected.”