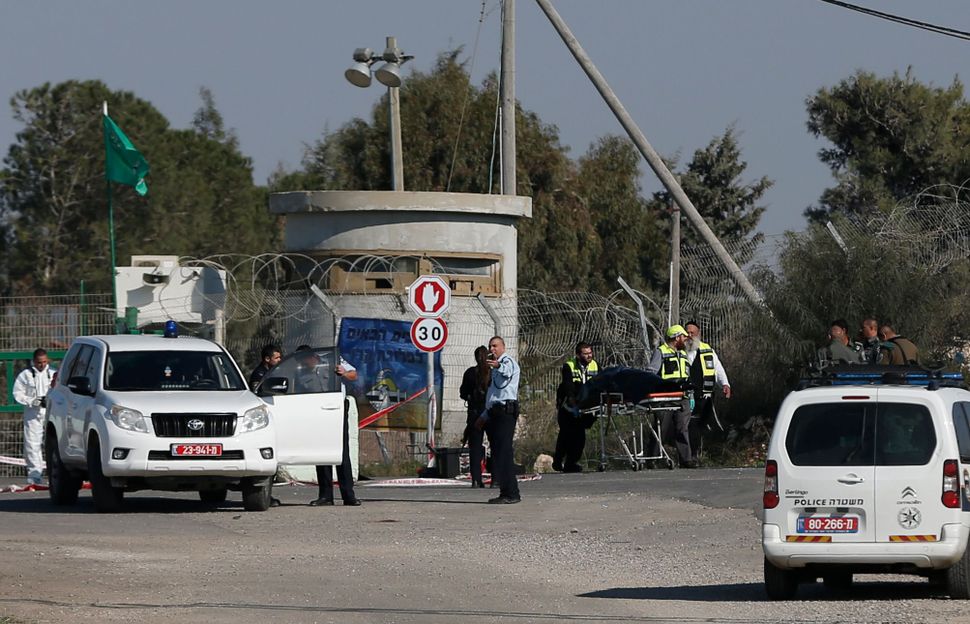 Three Israelis were injured and three of their assailants killed in three separate terror attacks in the West Bank.

The attacks all took place on Thursday morning and early afternoon in different West Bank locations.

In the first attack on Thursday morning, two security guards, a man and a woman, were stabbed at the entrance to an industrial park in the Ariel settlement. They were taken to Beillinson Hospital in Petah Tikvah where the male guard reportedly is in serious condition and the female guard is in moderate condition.

Teens and adults must talk more on abusive relationships and mental illness, survey finds The attacker, identified by the Israeli military as a Palestinian man, was shot and killed by other guards in the area.

In the second attack, which took place at about 10:00 a.m., shortly after the Ariel attack, an assailant identified by Israeli media as a Palestinian man attempted to stab a soldier with a screwdriver at an army checkpoint near Hebron. The assailant was shot dead by IDF soldiers at the scene of the attack.

About two hours later, one person was injured when a car tried to run over soldiers and border police officers at the entrance to the Rama outpost north of Jerusalem. The driver was shot and killed by one of the officers during the attack.

The Palestinian Maan news agency identified all off the dead attackers as Palestinian residents of the West Bank.