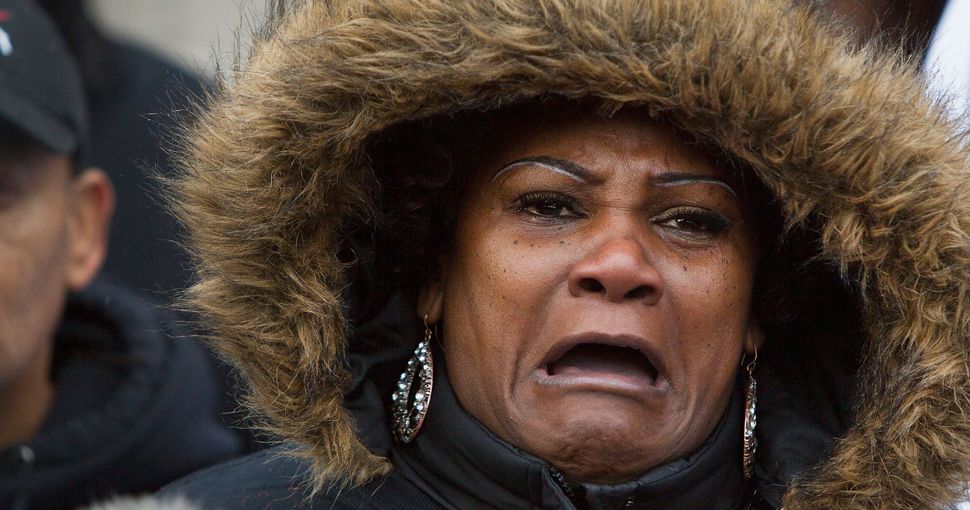 CHICAGO — The families of two black Chicagoans killed by police on Sunday accused officers of having used excessive force and Mayor Rahm Emanuel of having failed them, piling pressure on a city facing a U.S. federal probe over possible racial bias in policing.

Police, responding to a domestic disturbance call, shot Quintonio LeGrier, 19, a male college student who was visiting his father, and Bettie Jones, a 55-year-old mother of five, on Saturday.

Family members said police were called after LeGrier threatened his father with a metal baseball bat. Jones, who lived in a first-floor apartment, was shot through the door, according to her cousin, Evelyn Glover.

Police said LeGrier was being combative. They said Jones was killed by accident and extended their condolences.

“This needs to stop. No mother should have to bury her child,” Janet Cooksey, LeGrier’s mother, told a news conference. She said her son was shot seven times. She previously told reporters her son had been suffering from mental illness.

“I used to watch the news daily and I would grieve for other mothers, other family members. Now today, I am grieving for myself. When do we get answers?” she said.

Several people who spoke at the news conference in front of the home wore T-shirts reading, “Rahm Failed Us.”

In a statement later on Sunday, Emanuel called for a review of the police Crisis Intervention Team and improved guidance for officers handling cases where the mental health of a person is a factor.

“There are serious questions about yesterday’s shootings that must be answered in full by the Independent Police Review Authority’s investigation,” his statement said.

High-profile killings of black men by U.S. police officers since mid-2014 have triggered waves of protest – including in Chicago, the country’s third-largest city – and fueled a civil rights movement under the name Black Lives Matter.

A Chicago police video of the fatal shooting of another black teenager sparked protests last month, with activists demanding the resignation of Mayor Emanuel, a former chief of staff to President Barack Obama.

A federal investigation is under way over the department’s use of deadly force and officer discipline.

At the news conference, family members wanted to know why police had used lethal force. A vigil for the two was planned for later on Sunday.

LeGrier, a sophomore at Northern Illinois University, was home for Christmas and visiting his father, landlord of the two-story wooden frame building where the shooting occurred, they said.

The police department provided scant information, saying an unspecified weapon was recovered and no officers were hurt. Police did not say whether there was a video of the incident and provided no information on the officers involved. — Reuters