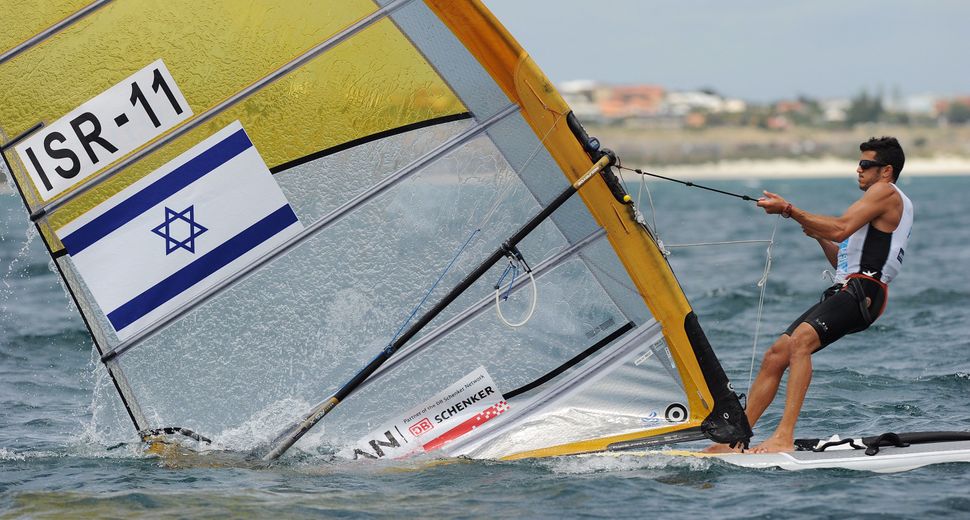 Two Israeli windsurfers and their coach withdrew from the ISAF world youth sailing championships in Malaysia after the terms of their visa barred them from displaying Israel’s flag.

Israel and Malaysia do not have diplomatic relations. The championships began Sunday and run through Jan. 3.

Last year in Poland, the two Israelis — Yoav Omer and Noy Drihan — each took home gold medals. Omer won in the boys under-19 category, and Drihan was first in the under-17 and under-19 windsurfing events.

Israel Sailing Association chairman Amir Gill told The Jerusalem Post that he and the two competitors had been offered conditional visas to compete in the championships.

Among the terms, he said, were that the Israeli windsurfers could not compete under the Israeli flag, wear any symbols associated with Israel and have Israel’s national anthem played if they won the gold medal.

Israel’s sailing association, along with the Olympic Committee of Israel, is considering a lawsuit against Malaysia and the International Sailing Federation, now known as World Sailing, Amir told the Post.

Malaysia’s youth and sports minister, Khairy Jamaluddin, told the Malay Mail Online news website that Malaysia was guided by its existing diplomatic policy in offering the visas with conditions.

World Sailing said in a statement issued Sunday that it would investigate the issue and that a member of its executive was on his way to Malaysia to seek clarification from the Malaysian Organizing Authority.

“World Sailing is committed to ensuring participation in our sport by competitors from all nations, and is taking this issue seriously,” the group’s president, Carlo Croce, said in the statement.

In November, two Israeli judokas won medals at the Judo Grand Slam in Abu Dhabi after reportedly agreeing to compete without Israeli symbols and insignia in exchange for visas to enter the United Arab Emirates, which does not have formal relations with Israel.