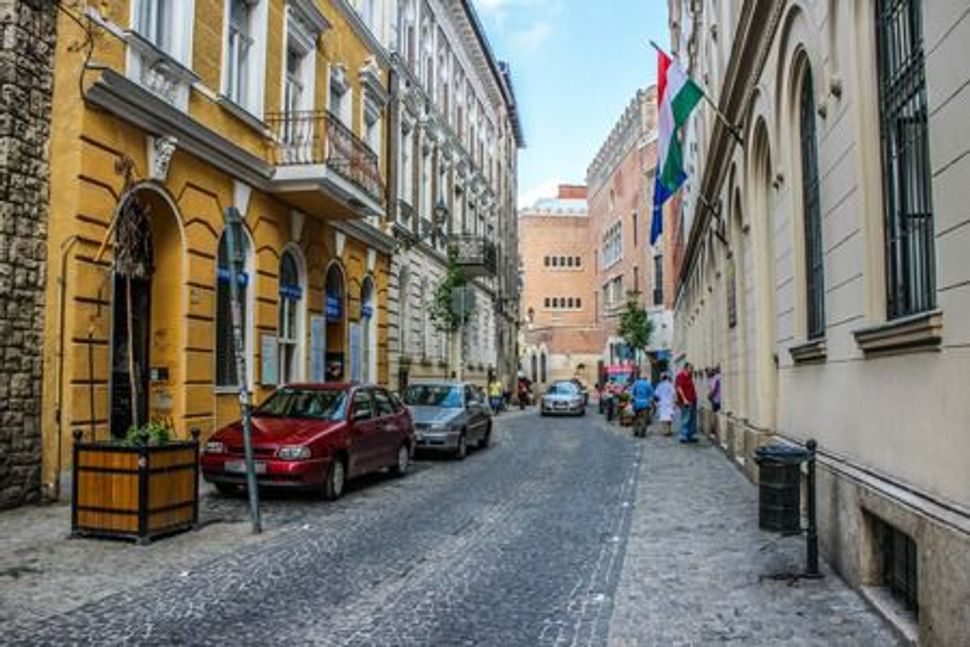 Several men hurled anti-Semitic insults at a group of people they identified as Jews in the historic Jewish quarter of Budapest, a Hungarian watchdog group reported.

The incident occurred early on Tuesday on Dob Street in the center of the Hungarian capital, according to the Forum against anti-Semitism – Hungary. Six individuals who appeared to be inebriated began shouting “dirty Jews” at the victims, as well of accusing them of “killing Jesus.”

While the dissemination of anti-Semitic ideas has proliferated in Hungary in recent years, confrontations of the kind described by the Forum remain rare in the Central European country, which has approximately 100,000 Jews.

In 2014, the Jewish community’s main Action and Protection Foundation, or TEV by its Hungarian-language acronym, documented a total of 37 such incidents.