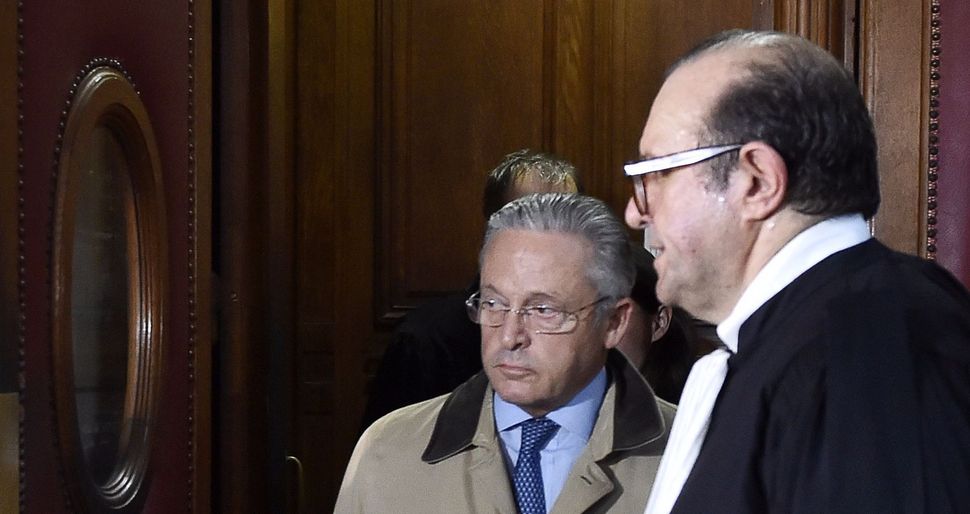 Members of a French-American Jewish art-dealing dynasty went on trial in a case that could see authorities demand $600 million in back taxes.

Guy Wildenstein, 70, the heir to his family’s New York art empire, went on trial Monday. He faces up to 10 years in prison for storing a large percentage of his inherited fortune in tax havens such as the Bahamas and the Cayman Islands.

Investigators say that he and his late brother, Alec Wildenstein, fraudulently undervalued the value of the fortune left behind by their father Daniel Wildenstein.

The father was the third head of the renowned Wildenstein & Co. art dealing company, one of the largest of its kind in the world. He owned paintings by the likes of Monet, Picasso and Renoir. He was also a historian and a thoroughbred horse breeder.

The case began in 2010 when Guy Wildenstein’s sister-and-law and stepmother brought evidence of the alleged fraud to French authorities.

Wildenstein said that he was not legally obligated to report the terms of the family’s trust-held assets after his father’s death, AFP reported.