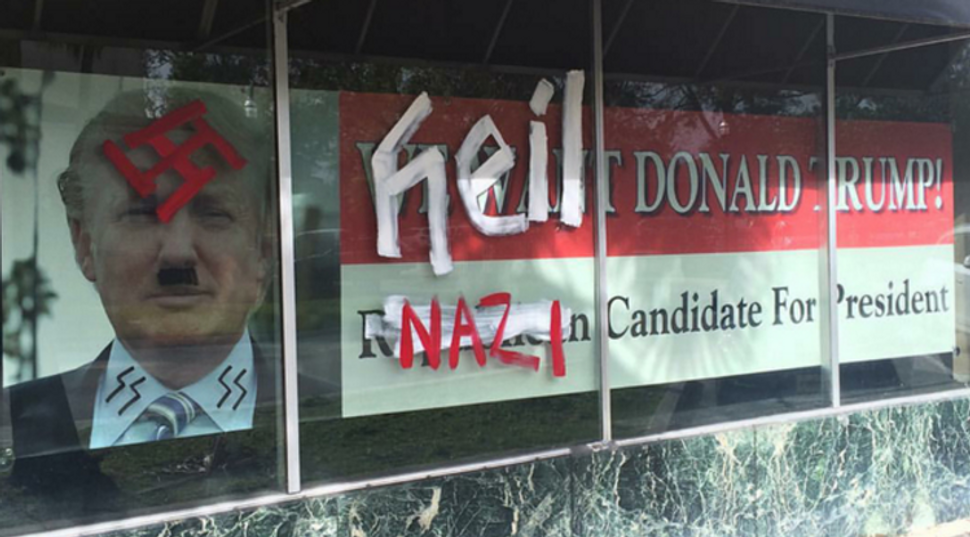 Image by Courtesy of KSAT

A Donald Trump campaign poster on a Florida building owned by a Jewish woman was defaced to make the front running GOP candidate look like Adolf Hitler.

The poster in the window of a vacant storefront in Jacksonville reads: “We want Donald Trump! Republican Candidate For President.” The words were altered overnight Tuesday with spray paint to read “heil Donald Trump! Nazi Candidate For President.” A swastika was drawn on Trump’s forehead and a small mustache resembling Hitler’s drawn on his upper lip.

The graffiti was removed Tuesday afternoon, according to reports.

Butts said she will not remove the Trump sign and that she plans to offer the empty office space to whichever Republican candidate secures the nomination.