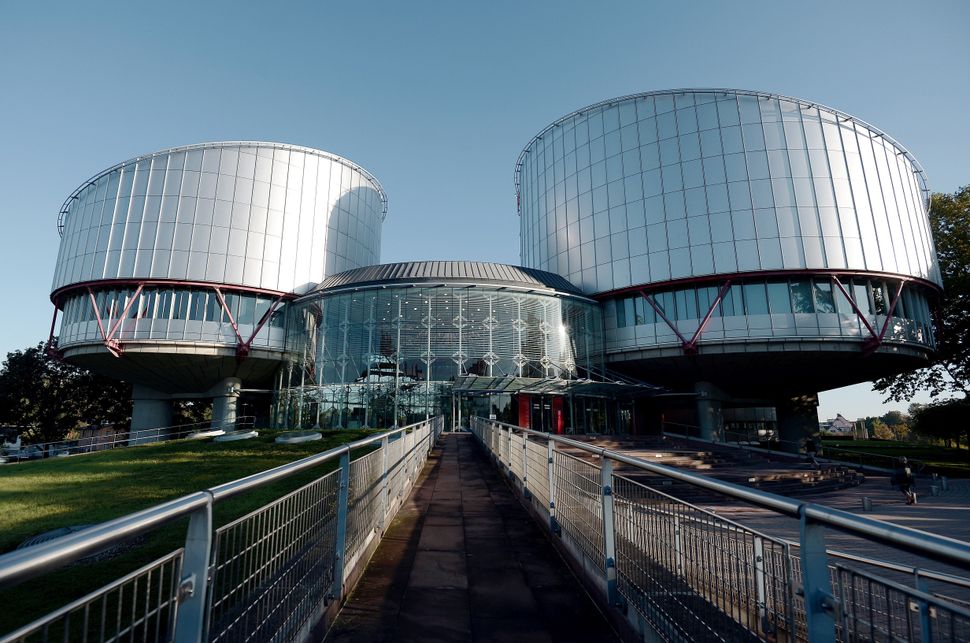 The European Court of Human Rights ordered the Russian government to pay $35,000 to a Jewish activist from Moscow whom authorities illegally imprisoned at a demonstration.

The ruling on Jan. 5 by the court in Strasbourg, France relates to the arrest on May 6, 2012 of Evgeny Frumkin, a 53-year-old Muscovite organizer of many rallies and events critical of actions deemed undemocratic by the government of Russian President Vladimir Putin.

Frumkin, who is among the founders of Russia’s pro-democracy movement during the last days of communism, was arrested at a Moscow square during riots that erupted during a rally protesting Putin’s Inauguration as 4th President of Russia, on May 7 that year.

Frumkin was arrested and sentenced to 15 days of administrative arrest for disobeying police orders. But the European court, a pan-continental entity whose decisions are binding on 47 countries including Russia but rarely enforceable, found this violated his right to personal integrity and the right to a fair trial, RIA Novosti reported, as well as the freedom of assembly.

Last month, Russian lawmakers passed legislation that states that local courts’ rulings supersede those of international tribunals, a move which critics allege effectively means Russia has nullified its signature to the European Convention on Human Rights – a treaty that forms the basis for the European court’s jurisdiction in Russia.

The new legislation follows frequent rulings by the court against Russia, which critics allege has become less democratic under Putin.

Frumkin lamented this, during media interviews, but at the same time urged Russians to fight the process. He is also quoted as saying that mass immigration to Israel by Russian Jews in the 1990s was the result of the emigres’ desire to improve their financial situation, and not out of ideology.

“I remember very well the breadline at the Israeli Embassy early nineties,” he said during an interview in 2008.