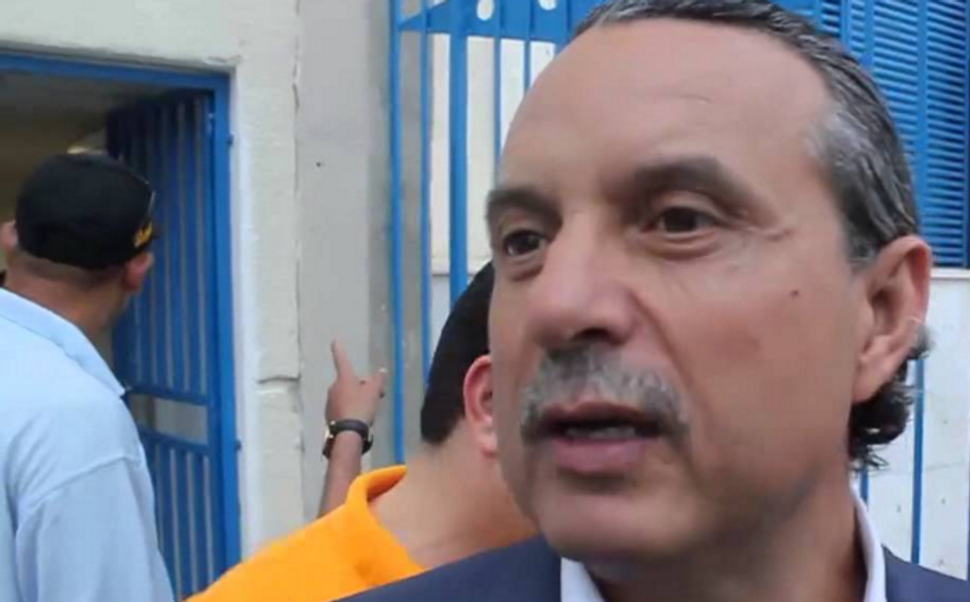 Lotfi Abdennadher, head of the main soccer club in the city of Sfax, Tunisia. Image by YouTube

Tunisian Jews called on their government to discipline the president of a soccer club who is accused of making an anti-Semitic slur against a Jewish referee.

Last week, the Jewish Community of Tunisia, or CJT, published its call and condemnation of Lotfi Abdennadher, head of the main soccer club in the city of Sfax, on the news website La Presse.

In its statement, the community complained that Abdennadher directed the anti-Semitic insult at Sadok Selmi on Dec. 28, at the seat of the Espérance Sportive de Tunis sports club based in Tunis.

According to the El Hiwar Ettounsi television station, during an Arabic-language exchange between the two men, Abdennadher told Selmi, “You’re nothing but a dog, a Jew, how did you ever become an international referee? It’s a disgrace.”

Later that day, Naceur Bedoui, a soccer player for Abdennadher’s club, suggested during a TV interview broadcast on channel Ettassia 9 that a Jew may not be a suitable choice as a soccer team coach.

“CJT urges the officials responsible for sportive frameworks in Tunisia to reject this dangerous violation and asks they take necessary disciplinary action against these two individuals,” the Jewish community wrote in a statement.