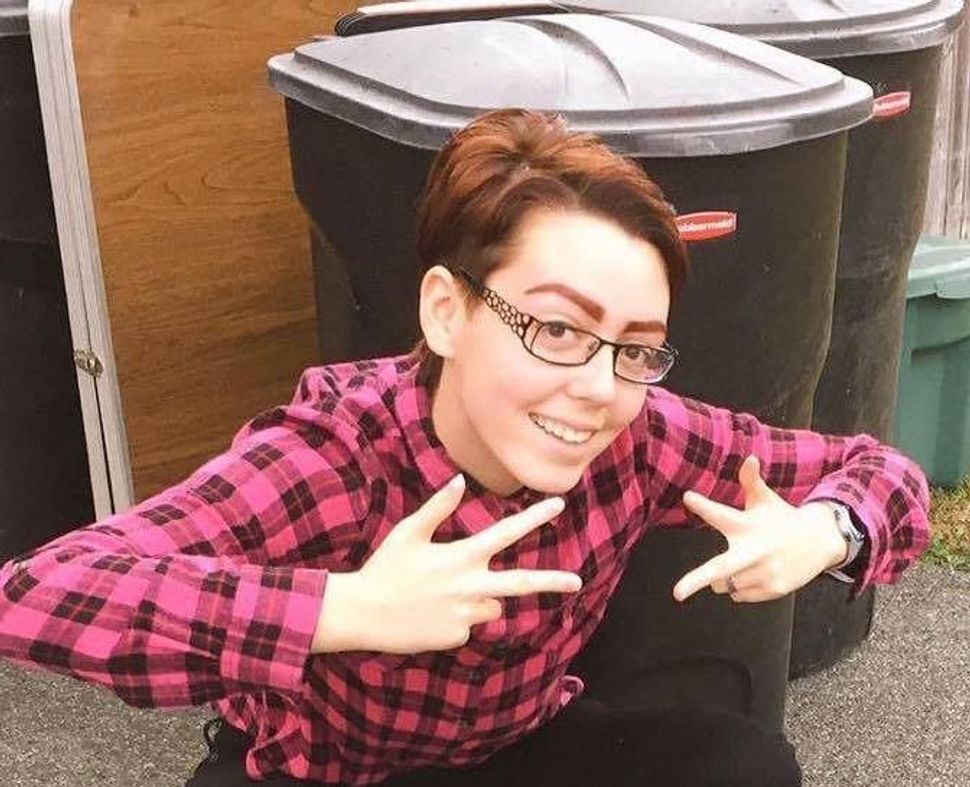 A Jewish high school student from New Jersey was accused of “bullying” and threatened with expulsion by school administrators for posting anti-Israel Tweets, angering pro-Palestinian groups and free speech advocates.

Bethany Koval, 16 of Fair Lawn, New Jersey, known as Benny to her Twitter followers, was summoned to the principal’s office for posting a series of tweets showing her support for Palestine. Koval is Israeli.

…the Israeli defense minister decided to not only refuse to prosecute the terrorists, but to claim the family ineligible for compensation.

Gothamist reports that Koval was targeted this week because of a specific tweet in which she expressed happiness for a fellow student unfollowing her. She then told another student she would direct message the name of the girl who unfollowed her. To administrators at Fair Lawn High School, this interaction constituted bullying.

Koval recorded her conversation with an administrator and posted it on Twitter, along with a signed statement of apology she says she was forced to write.

Ends with “the state law may interpret it differently”, if you couldn’t hear it. pic.twitter.com/fJsl5ygmsy

Apparently a “smug attitude” is trying not to burst into tears. Do you know how bad a HIB report looks? pic.twitter.com/bqNLUmSc6b

Here he intimidates me into making a statement without legal presence. pic.twitter.com/P9q6zzRPcV

I was denied my right to an attorney. I was forced to make a writer statement, but I begged them to revoke it. pic.twitter.com/izgyLANgMJ

After she posted the recording, her followers began posting tweets with the hashtag #StandWithBenny to show solidarity.

@bendykoval Especially Jews should stand up against oppression! Our history is teaching this.

One follower, Noelle Holden of Gilbert, Arizona, started a Go Fund Me page to pay for Koval’s potential lawyer fees if she is sued by the school for recording the conversation with the administrator. So far she’s raised over $400.

Got the phone back right away, but the phone was searched. They said if I recorded anything I could be sued. https://t.co/pMlN2jQ07V

Koval is an active Twitter user. She’s posted over 20,000 tweets to her 6,500 followers. Koval posts about a wide variety of topics including politics, feminism, abortion, and education. She tweets well into the night and has intricate conversations with her followers.

This is not the first time her tweets attracted attention. Her tweet from January 3 was read on air to presidential candidate Bernie Sanders on The Nightly Show with Larry Wilmore.

I really did just tell my history teacher about this. pic.twitter.com/wBw0uNZhSc

Koval planned to attend school on Thursday but according to her Twitter, she went home early.

Just couldn’t make it through the school day. Too much aggression amongst classmates here. Going home now. I’m safe.

“The school only has a right to regulate conduct when it has an impact on the orderly operation of the school” he said.