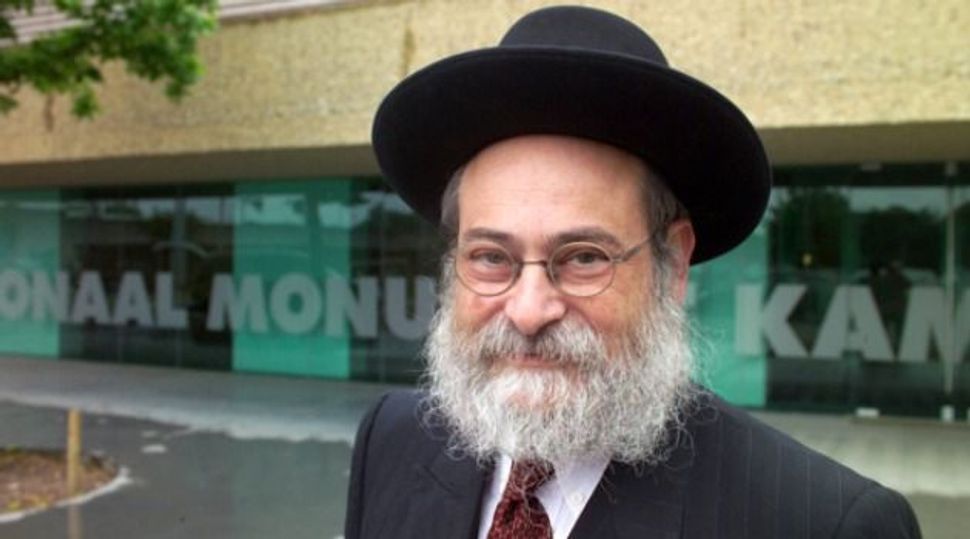 AMSTERDAM — A prominent European rabbi who is known for his interfaith work criticized a pro-Christian statement by other rabbis, which he said “went too far.”

The criticism by Dutch Chief Rabbi Binyomin Jacobs on Friday concerned a document published on Dec. 3 and signed by more than 50 Orthodox rabbis from Israel, the United States and Europe, including several chief rabbis such as Simon Livson of Finland and Kotel Dadon of Croatia.

Titled “To Do the Will of Our Father in Heaven,” the statement says Christianity is part of a divine plan in which God would have Jews and Christians work together to redeem the world — an idea that Jacobs warned might be seen as “lumping the two religions into a single meatloaf religion,” as he told the Friesch Dagblad in an interview published by the daily Friday.

According to the rabbinical document, Christianity is “willed by God” and is “a gift to the peoples,” whereas Jesus “strengthened the Torah of Moses.” It also states: “We Jews recognize the continued constructive validity of Christianity as our partner in the redemption of the world.”

The statement comes in reaction to several pro-Jewish gestures by the Vatican ahead of the 50th anniversary last year of the publication of Nostra Aetate — a groundbreaking document on Catholic-Jewish relations in which the church rejected the notion that Jews were responsible for Jesus’ death.

Last year, the Vatican elaborated on its relationship with Judaism with statements that said Christians should not proselytize Jews, because their worshiping of God is a manifestation of His will. That position was a rejection of certain Christian theologies that argued redemption will only come if Jews convert to Christianity.

Jacobs, who in 2012 was knighted in the Netherlands for “building bridges” to other faiths, told JTA that while he is “a strong supporter of interfaith work, the rabbis’ statement goes too far.” He added: “It seems to me like a sort of joint profession of [a single] faith.”