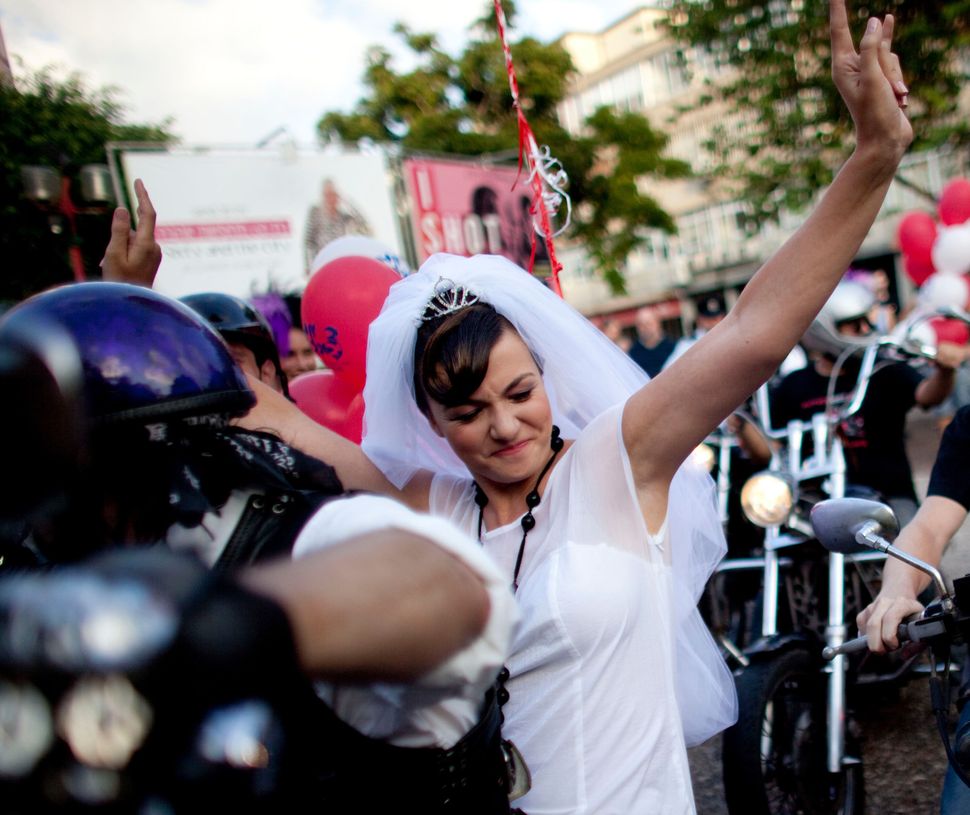 Prohibitions on civil and non-Orthodox weddings in Israel prevent 660,000 Jewish-Israelis — including 364,000 immigrants from the former Soviet Union — from marrying in the Jewish state, according to a nonprofit promoting religious freedom in Israel.

Hiddush presented the information in a report Monday to a Knesset conference on “alternatives to marriage through the [Chief] Rabbinate,” according to a news release the group issued Monday. It also reported that 20 percent of weddings registered in Israel took place overseas — a way of circumventing the prohibition on non-Orthodox weddings stateside — and that 70 percent of secular Israelis say they would have non-Orthodox wedding ceremonies if the state permitted them.

The nonprofit attributed its statistics to opinion polls and Israel Central Bureau of Statistics data.

Rabbi Uri Regev, who heads Hiddush, told the Knesset conference that growing numbers of Israelis “wish to be free of the Rabbinate’s shackles” and that the “monopoly of the Rabbinate” hurts Judaism because it “leads the general public to hate Judaism and identify it with dark, ugly extremism.”

In addition to many immigrants, those unable to wed in Israel because civil and non-Orthodox Jewish weddings performed there are not legally recognized include 284,000 gays and lesbians, 13,000 non-Orthodox converts to Judaism and various others, according to Hiddush.

A poll conducted for the group found that 64 percent of Jewish-Israelis supports “official recognition of all types of marriage,” including same-sex partnerships.

Hiddush reported that only 45 countries in the world, most of them Muslim, have marriage policies as restrictive as Israel’s.