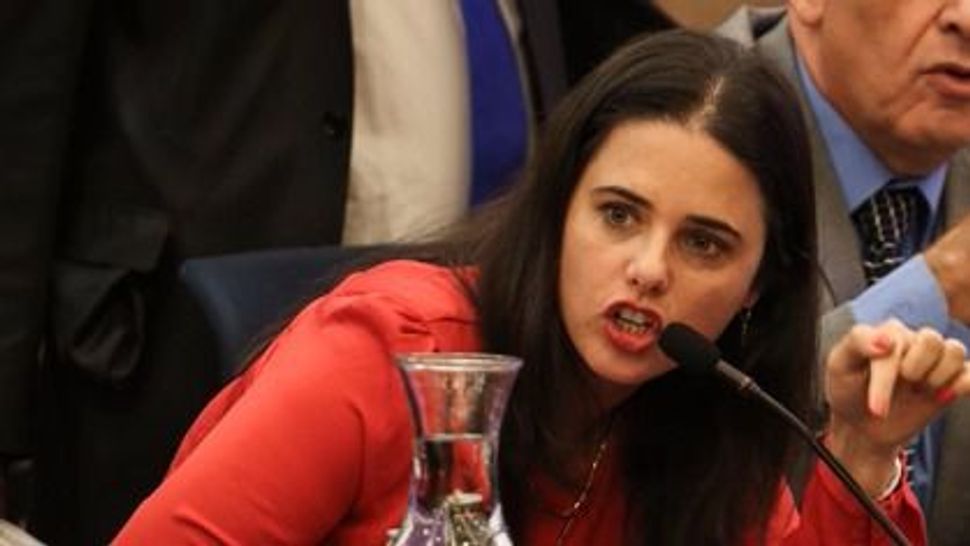 The Reform movement opposes a proposed Israeli law that would require NGOs to prominently state whether they get most of their funding from other governments.

The statement Tuesday by the Union for Reform Judaism brings to three the major centrist U.S. Jewish groups opposing the bill approved last week by Israel’s Cabinet and initiated by the justice minister, Ayelet Shaked. The Anti-Defamation League and the American Jewish Committee also oppose the law.

“In an open society, NGOs from across the political spectrum are constantly engaged in machloket l’shem hashamayim, an argument for the sake of heaven, and for the sake of improving Israel’s security and institutions,” it said. “Attempts to silence one side of the debate weaken Israel’s democracy, civil society and its support abroad, making it even more difficult for Israel to defend herself against a swelling cohort of detractors.”

A number of left-leaning groups, including J Street and Americans for Peace Now, are also opposed to the bill. The right-wing Zionist Organization of America backs the bill.

The Obama administration has also registered its concerns about the bill and strongly rejected attempts by Shaked to liken the measure to the U.S. Foreign Agency Registration Act, which targets lobbyists and not indigenous nongovernmental groups.

Shaked’s law would require NGOs that receive more than 50 percent of their money from overseas governments to declare so in virtually every public interaction.