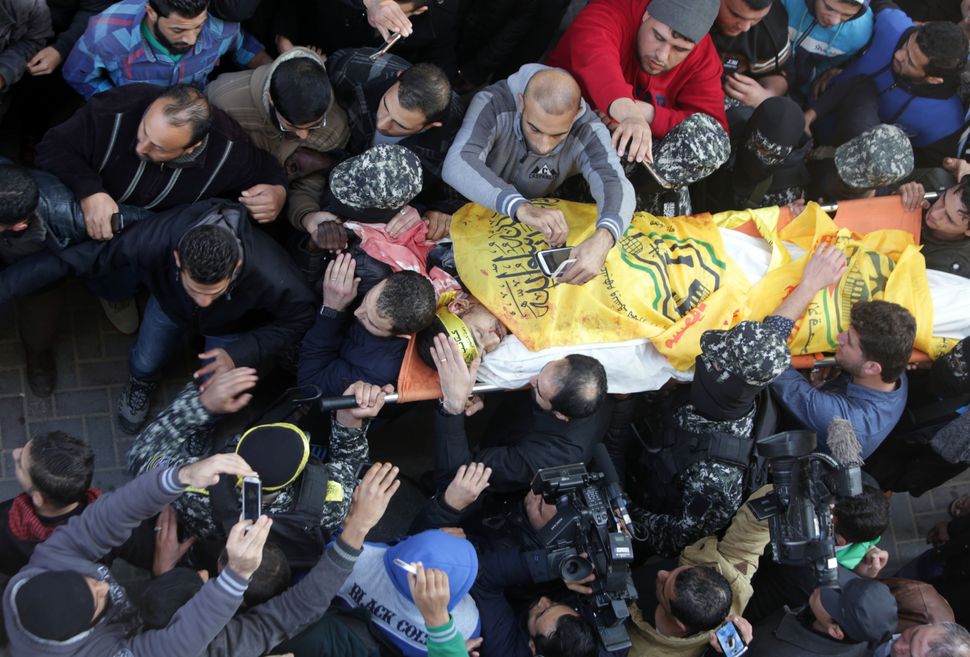 GAZA – An Israeli aircraft attacked a group of Palestinians in the Gaza Strip on Wednesday who the military said planned to detonate a bomb at the border with Israel, and a Palestinian militant faction said one of its men was killed.

Local residents in the Hamas Islamist-run enclave said the incident occurred on a beach about 1 km (half a mile) from the Israeli-built border fence in the northern part of the territory.

In a statement, the Israeli military said an aircraft “targeted a terror cell” plotting to detonate an explosive device along the Israeli-patrolled frontier.

Israel’s Shin Bet security service was involved, the statement said, indicating the strike was launched on the basis of intelligence information about an imminent Palestinian attack.

Palestinian hospital officials said a 26-year-old man was killed. Al-Aqsa martyrs brigades, an armed wing of the Fatah movement, identified him as one of its members.

Fatah is a rival of Hamas, which wrested control of the Gaza Strip from the mainstream Palestinian group in fighting in 2007. But some al-Aqsa squads are still active in the enclave – while largely abiding by a ceasefire between Hamas and Israel.

Over the past few months, the focus of Israeli-Palestinian violence has largely shifted from the Gaza Strip to the Israeli-occupied West Bank and Israel, where Palestinians have carried out stabbings, car rammings and shootings that have killed 24 Israelis and one U.S. citizen.

Since Oct. 1 Israeli forces or armed civilians have killed at least 143 Palestinians, 91 of whom authorities described as assailants. Most others have been killed in clashes with security forces.

After Wednesday’s air strike, Israeli farmers were cautioned by the military to keep away from the Gaza border fence and of possible retaliatory fire from the enclave, local residents told Israel Radio.

Israel and Palestinian militants in Gaza fought a seven-week war in 2014. — Reuters