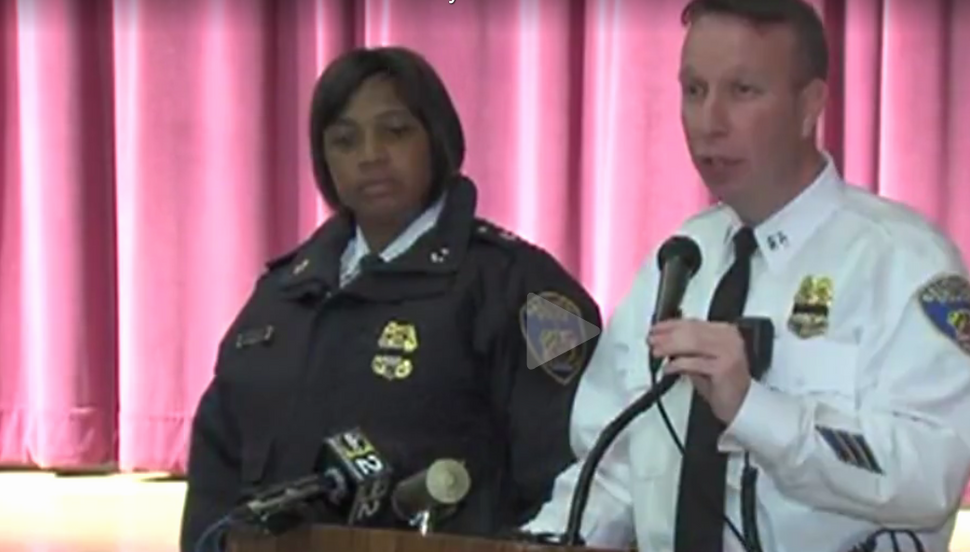 Dozens of members of Baltimore’s Jewish community came together for a Town Hall meeting with cops to address a recent spike in armed muggings and home break-ins.

Even Captain Jason Yerg, of the Northwest District, where the crime wave is the worst, called the situation “alarming.”

“What’s alarming is it was occurring during the day, not always during the evening,” Yerg said at the meeting inside the Jewish Community Center Monday night,

There were two robberies at gunpoint last week and the local Shomrin crime watch has listed more than 20 home burglaries since late December.

The group issued an extensive list of tips for residents to consider to ward off thieves:

Lights. Well-lit homes are avoided. If streetlights are out, call 311 (repeatedly, if necessary) for them to be repaired. Increasing visibility reduces crime, since criminals prefer to stay in the shadows.

Alarms. In recent home invasions, when the house alarm went off, the criminals fled, empty handed. Get an alarm. Use it when you leave the house. Use it when you go to sleep at night. Make sure the alarm company calls 911. Consider having them also call Shomrim.

Dogs. Nobody wants to take on a barking dog. Don¹t want to own a dog? We know people who have ‘barking dog alarms’ that respond to hearing knocks on the door.

Cameras. Criminals do NOT want their pictures taken. House cameras work, and they are getting better. You can monitor your home from your smartphone, even when you are traveling. These systems can be had for hundreds of dollars (though installation remains the more significant cost). Many of our criminals attend Northwestern High School ­ with a picture from a home camera or smartphone, we can connect the dots.

KISS. Keep it simple. Lock your doors and windows! Keep valuables out of sight. Make breaking in harder.

Log your valuables. Keep all serial numbers of iPads and the like. Police work with pawn shops, and can (and do!) apprehend thieves and restore stolen property.

Pepper Sprays. They cause a lot of pain, with no lasting damage. Getting sprayed goes a long way toward reducing a would-be thief¹s interest in making trouble. You can get them on Amazon in a variety of sizes.