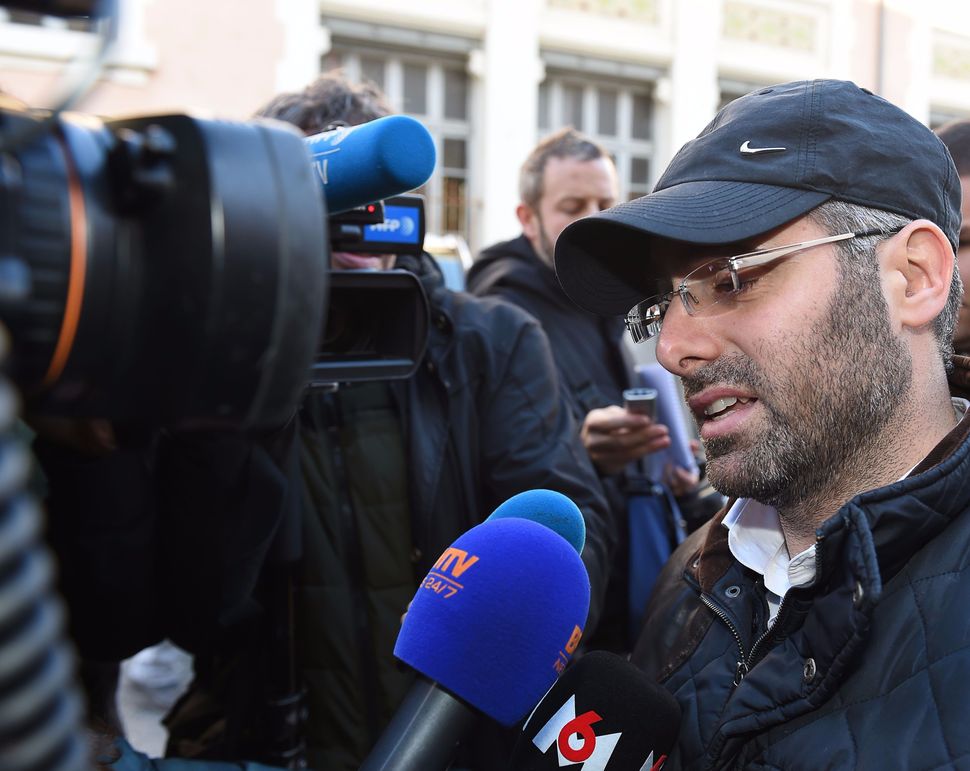 Benjamin Amsellem (R), a Jewish teacher attacked by a 15-year-old with a machete, speaks to the press as he leaves the main police headquarters in Marseille. Image by Getty Images

Terror murders and attacks and an explosion in anti=Semitic attacks have Jews in France feeling the need to hide — and that’s ‘intolerable,’ says the country’s president, Francois Hollande.

“It is intolerable that in our country citizens should feel so upset and under assault because of their religious choice that they would conclude that they have to hide,” Hollande said Wednesday, two days after an assault on a kippah-wearing Jewish man in Marseille with a machete.

Hollande was reacting to the public debate in the Marseille Jewish community on whether Jews should hide their kippahs following the stabbings of several Jews there. The attacks are believed to be anti-Semitic.

Tzvi Amar, president of the local office of the Consistoire, the French Jewish community’s organization responsible for religious services, was quoted Tuesday by Le Figaro as saying Jews should “remove the kippah during these troubled times” because “the preservation of life is sacrosanct.” 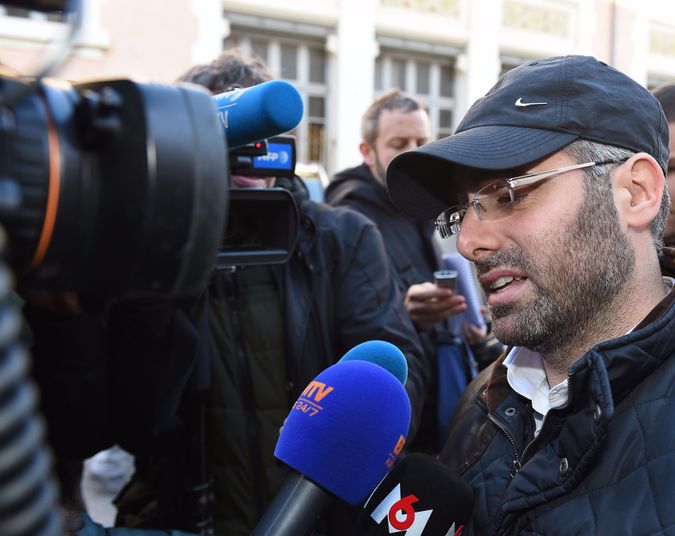 Benjamin Amsellem (R), a Jewish teacher attacked by a 15-year-old with a machete, speaks to the press as he leaves the main police headquarters in Marseille. Image by Getty Images

But Michele Teboul, president of the local branch of CRIF – an umbrella group that represents French Jewish communities politically as a lobby – told JTA that she “could not support a measure which dials back hundreds of years during which Jews were able to practice their faiths and live freely as citizens of the French Republic.”

Jewish individuals “should decide whether to wear a hat on top of their kippah, depending on the situation, but removing one’s kippah seems unwarranted,” Teboul said.

France’s chief rabbi, Haim Korsia, also rejected Amar’s call, saying, “We should not give an inch, we should continue wearing the kippah.”

In November, three men, one of them wearing a T-shirt with the Islamic State logo, participated in the stabbing of a Jewish man in Marseille, causing him moderate injuries.

The previous month, a man who initially was deemed mentally unfit to stand trial was arrested for stabbing a Jewish man and assaulting two others. He was eventually tried and given a four-year sentence following an outcry among French Jews who demanded the decision not to prosecute him be reviewed and altered, citing victims’ testimonies on his behavior and the absence of signs of mental illness in his past.