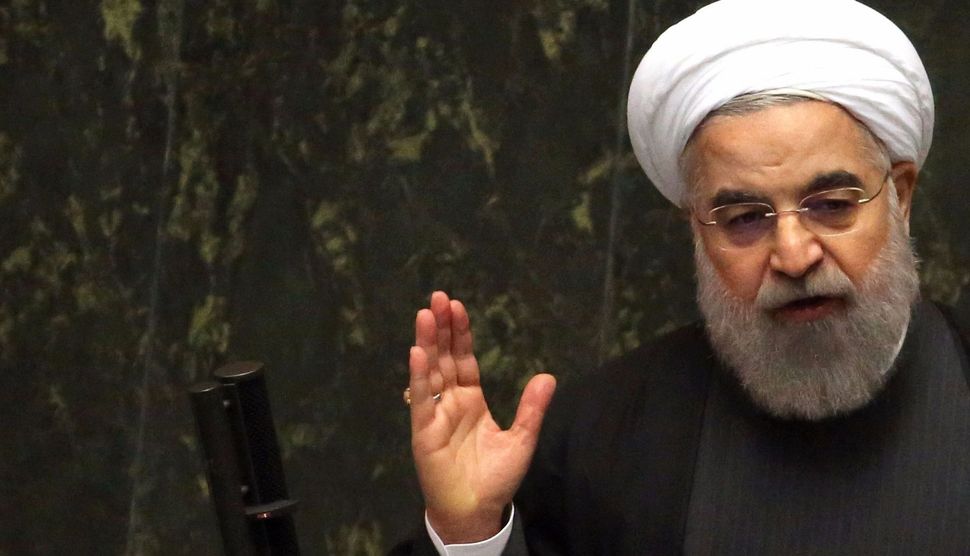 Rouhani said the end of sanctions is a “golden page” in Iran’s history, and looked forward to an economic future less dependent on oil as the country emerges from years of sanctions and isolation. But in an address to parliament he also noted the bitter opposition to Saturday’s lifting of economic curbs from arch foe Israel, some members of the U.S. Congress and what he called “warmongers” in the region – an apparent reference to some of Iran’s Gulf Arab adversaries.

Iran ended years of economic isolation when world powers lifted the crippling sanctions against the Islamic Republic on Saturday in return for Tehran complying with a deal to curb its nuclear ambitions. Presenting the draft budget for the next Iranian fiscal year, which begins in March, Rouhani told parliament the deal was a “turning point” for the economy of Iran, a major oil producer which has been virtually shut out of international markets for the past five years. 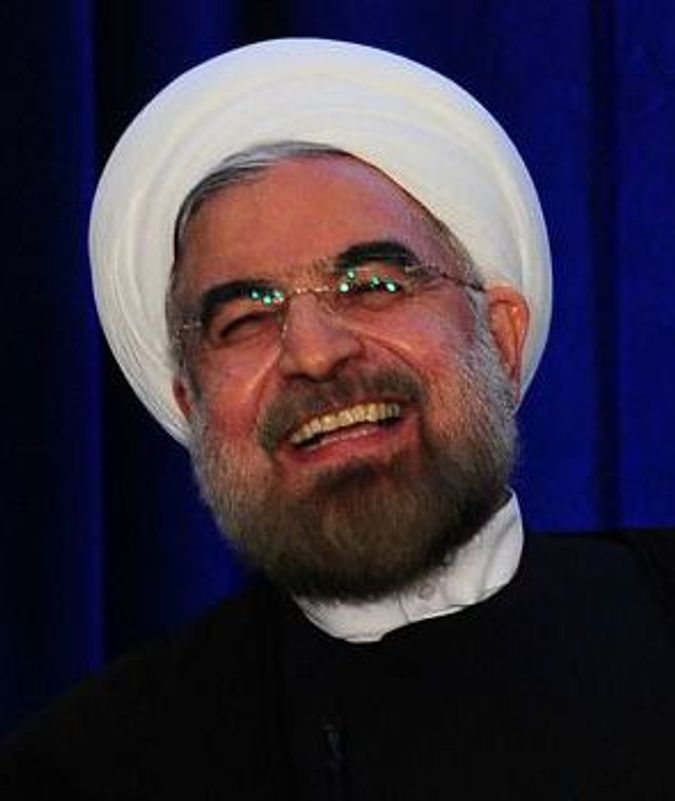 “The nuclear negotiations which succeeded by the guidance of the Supreme Leader and support of our nation, were truly a golden page in Iran’s history,” he said. “The nuclear deal is an opportunity that we should use to develop the country, improve the welfare of the nation, and create stability and security in the region.”

“Israel’s policy has been and will remain exactly what has been followed: to not allow Iran to acquire nuclear weapons,” he told his cabinet.

He called the deal a farce.

“Even after the signing of the nuclear agreement, Iran has not abandoned its aspirations to acquire nuclear weapons, and continues to act to destabilize the Middle East and spread terrorism throughout the world while violating its international commitments,” he said.

Iran on Saturday also announced the release of five Americans including Washington Post reporter Jason Rezaian as part of a prisoner swap with the United States but Jewish ex-FBI agent Robert Levinson, who disappeared after meeting with an American-born Islamic militant on Kish Island, Iran, in 2007 was not among them.

Together, the lifting of sanctions and the prisoner deal help to ease the hostility between Tehran and Washington that has shaped the Middle East since Iran’s 1979 Islamic Revolution.

Tens of billions of dollars’ worth of Iranian assets will now be unfrozen and global companies that have been barred from doing business there will be able to exploit a market hungry for everything from automobiles to airplane parts.

Rouhani took a swipe at critics of the historic deal.

“Everybody is happy except the Zionists, the warmongers who are fueling sectarian war among the Islamic nation, and the hardliners in the U.S. congress,” he said.

The International Atomic Energy Agency ruled on Saturday that Iran had abided by an agreement last year with six world powers to curtail its nuclear program, triggering the end of sanctions.

IAEA chief Yukiya Amano will travel to Tehran on Sunday to meet Rouhani and the head of the Atomic Energy Organisation of Iran, the IAEA said on Saturday. Iranian Foreign Minister Mohammad Javad Zarif was also back in Tehran by Sunday.

Minutes after the IAEA’s ruling, the United States formally lifted banking, steel, shipping and other sanctions on Iran. The European Union likewise ended all nuclear-related economic and financial sanctions against the country.

The IAEA’s confirmation that Iran had fulfilled its commitments under the nuclear deal also automatically ended most United Nations sanctions on the country.

The end of sanctions means more money and prestige for Shi’ite Muslim Iran as it becomes deeply embroiled in the sectarian conflicts of the Middle East, notably in the Syrian civil war where its allies are facing Sunni Muslim rebels.

It is also a crowning achievement for Rouhani, a pragmatic cleric elected in 2013 in a landslide on a promise to reduce Iran’s international isolation.

Britain welcomed the deal’s implementation, as did France which said it would keep a close eye out to ensure that Iran’s nuclear deal with diplomatic powers is strictly respected. Japan plans to lift most of its sanctions against Iran, including a halt to fresh investments in Iranian oil and gas projects, “within a few days,” a Foreign Ministry official said.

Besides the ban on new investments in the Iranian energy sector, part of Tokyo’s asset freeze measures against Iranian individuals and groups that are involved in nuclear activities will also be lifted, he said.

In Washington, President Barack Obama pardoned three Iranian-Americans charged with violating sanctions against Iran, a lawyer for one of the men said, while prosecutors moved to drop charges against four Iranians outside the United States.

Iran agreed to free five Americans including Rezaian and Saeed Abedini, an Iranian-American Christian pastor sentenced to eight years in prison in 2013 on charges of undermining Iran’s national security.

The prisoner deal was the culmination of months of diplomatic contacts, secret talks and legal maneuvering which came close to falling apart because of a threat by Washington in December to impose fresh sanctions on Iran for recent ballistic missile tests. — With Reuters