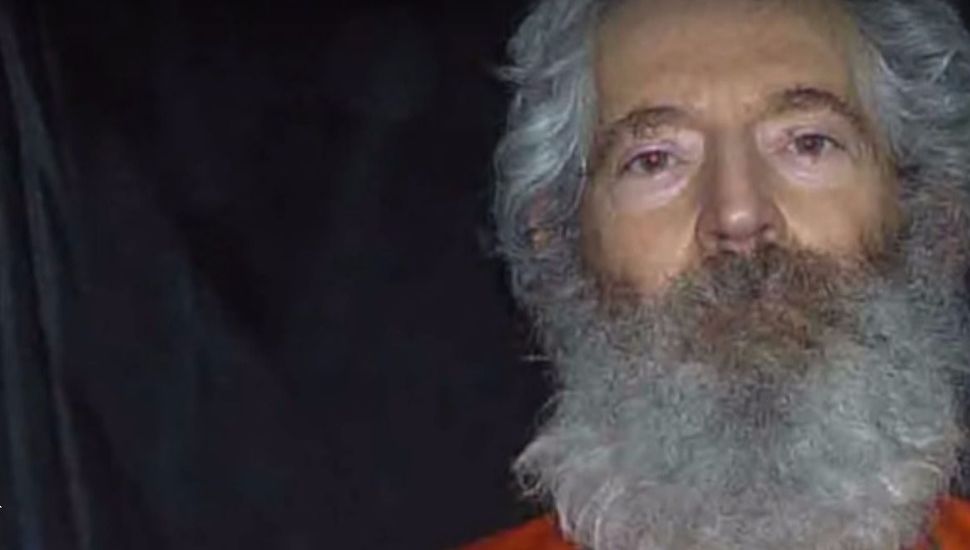 As the families of five Americans held in Iran celebrated the news that their loved ones have been released and are on their way home, relatives of Robert Levinson were faced with a harsh realization.

“We are happy for the other families. But once again, Bob Levinson has been left behind,” family of the Jewish Florida former FBI agent said in a Facebook post. “We are devastated.”

Levinson, who is Jewish and suffers from diabetes, disappeared after meeting with an American-born Islamic militant on Kish Island, Iran, in 2007. Iranian officials have repeatedly denied knowledge of his disappearance or whereabouts.

Many officials now privately say they believe he died in captivity.

A U.S. government official speaking on background Saturday evening said the administration hasn’t given up on its hope to achieve more information on Levinson’s whereabouts.

“His family continues to be very much in our thoughts and prayers,” the official said.

“We are committed to discerning Levinson’s whereabouts,” added a senior White House official.

The official said that thanks to the “new channels” forged with Iran he believes the search for clues about Levinson could now be somewhat easier. He stressed that the Iranians have agreed to help in the effort.

Levinson is the last known Jewish American to be held captive in a foreign country. Warren Weinstein, who was held by Al Qaeda in Pakistan was killed in an American airstrike last January; Jacob Ostreicher who was arrested in Bolivia for 18 months was released in December 2012; and Alan Gross, the government contractor imprisoned in Cuba for five years, was released just over a year ago.

If Levinson had been freed, it would have been a feel-good coup similar to the release of Gross last year as President Obama announced the end of the half-century embargo against Cuba.

No matter what, Iran’s freeing of the four US citizens is a fantastic development.

“No matter what, Iran’s freeing of the four US citizens is a fantastic development,” Gross Tweeted after the news broke Saturday morning. He took issue with Republican critics of the prisoner swap that led to the release of the 5 Americans, tweeting: “OK 2 think that ppl being unjustly held shudnt have been detained in the 1st place. But shudnt we also at least recognize OPPORTUNITIES?”

American officials acknowledged on Saturday that they were unsuccessful in gaining new information about Levinson during their months-long secret negotiations discussing the prisoner release.

“Iran has also committed to continue cooperating with the United States to determine the whereabouts of Robert Levinson,” said a U.S. official briefing reporters on the swap.

Levinson, 68 from Coral Springs, Florida, worked as a private investigator after retiring from the FBI. He left for Iran in 2007 on what was later revealed as an unauthorized intelligence mission for the CIA.

Several media outlets have reported that Levinson is presumed to be dead, but the administration has never confirmed this information and has not given up on attempts to learn more about his fate.

Levinson’s family has said he was working for the Central Intelligence Agency in what amounted to a rogue operation at the time he disappeared. The family’s lawyer told CNN the agency paid $2.5 million to avoid a lawsuit.

The CIA conducted an internal inquiry into Levinson’s unauthorized relationship with the agency’s analytical division, resulting in three officials being fired and several more being disciplined, officials have said.

Iran agreed to free five other Americans, including Washington Post reporter Jason Rezaian. In return, President Barack Obama pardoned three Iranian-Americans charged for violating trade sanctions against Iran, a lawyer for one of the men said, while prosecutors moved to drop charges against four Iranians outside the United States.

The deal came ahead of an expected announcement that international sanctions against Tehran will be lifted under a nuclear agreement.

Levinson’s wife and sister have met with Obama, and the family had been told to expect a call from the White House, according to a source close the family. Instead, they learned from television that he was not among the five Americans to be released, the source said.

Levinson worked for the Federal Bureau of Investigation, the Justice Department and the Drug Enforcement Administration for 28 years. He worked as a private investigator after retiring from the government in 1998.

In Iran, Levinson had met with Dawud Salahuddin, an American-born Islamic militant who had fled the United States after killing a former Iranian official outside Washington in 1980. Salahuddin, formerly known as David Belfield, said he considered the killing an act of war.

The last known picture of Levinson from 2011 showed Levinson in an orange jumpsuit holding a sign saying, “Help Me.” Then-Secretary of State Hillary Clinton said in March 2011 that the U.S. government believed at the time he was being held “somewhere in southwest Asia.”

In March last year, the eighth anniversary of Levinson’s disappearance, Secretary of State John Kerry called on Iran to step up efforts to investigate the case, and the FBI announced it would offer a $5 million reward for information that could free him.—With Reuters