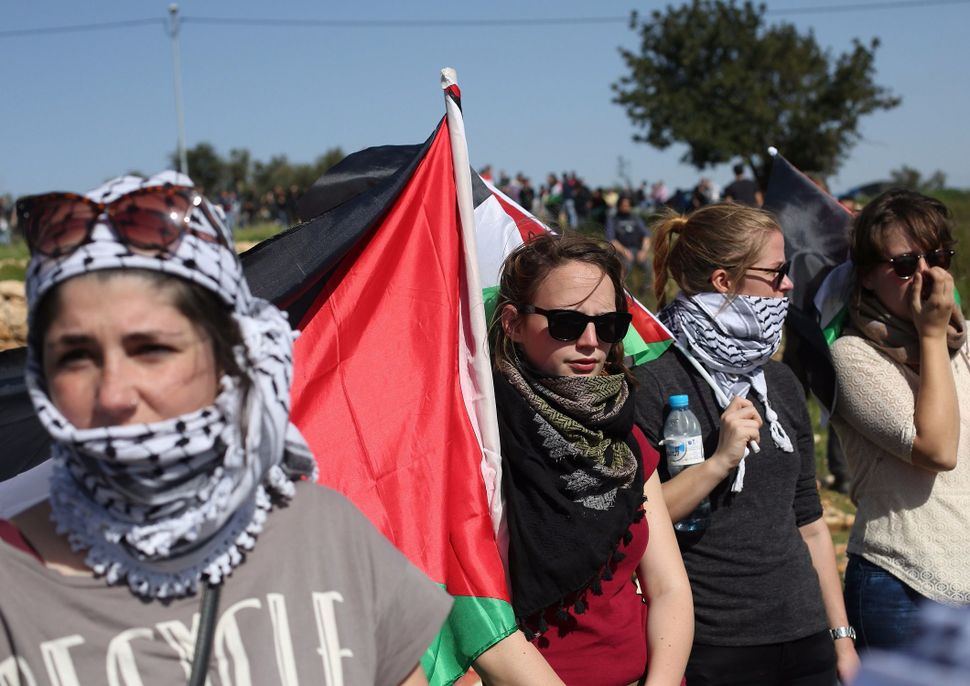 In a 162-page report released Tuesday titled “Occupation, Inc.: How Settlement Businesses Contribute to Israel’s Violations of Palestinian Rights,” the human rights group concluded that companies that finance, service or trade with Jewish settlements facilitate the growth of the settlements and violate the rights of Palestinians.

“Based on the findings of this report, it is Human Rights Watch’s view that any adequate due diligence would show that business activities taking place in or in contract with Israeli settlements or settlement businesses contribute to rights abuses, and that businesses cannot mitigate or avoid contributing to these abuses so long as they engage in such activities,” the report says.

The report said businesses “should cease carrying out activities inside or for the benefit of settlements, such as building housing units or infrastructure, or providing waste removal and landfill services. They should also stop financing, administering, trading with or otherwise supporting settlements or settlement-related activities and infrastructure.”

Human Rights Watch said it was not calling for a consumer boycott of settlement companies, “but rather for businesses to comply with their own human rights responsibilities by ceasing settlement-related activities. Moreover, consumers should have the information they need, such as where products are from, to make informed decisions.”

Settlement businesses depend on and contribute to the Israeli authorities’ unlawful confiscation of Palestinian land and other resources, according to the group. They also benefit from such violations, as well as from Israeli policies that provide privileges to settlements at the expense of Palestinians, such as access to land and water, government subsidies, and permits for developing land.

“Settlement businesses help entrench discriminatory Israeli policies that favor settlers over Palestinians in Area C (under Israeli civilian and military control), even though the settlers should not be there in the first place,” said Arvind Ganesan, director of the business and human rights division at Human Rights Watch. “Businesses that claim they are helping Palestinians by offering trapped Palestinians minimum-wage jobs with few labor rights protections add insult to injury.”

More than half a million Jewish settlers live in 237 settlements throughout the West Bank, including eastern Jerusalem, according to the report. Israel administers approximately 20 industrial zones covering 13,650 dunams , or 1,365 hectares, in the West Bank. Israeli settlers oversee the cultivation of 93,000 dunams, or 9,300 hectares, of agricultural land, and settlement businesses operate 187 shopping centers inside settlements as well as 11 quarries that supply around 25 percent of Israel’s gravel market.