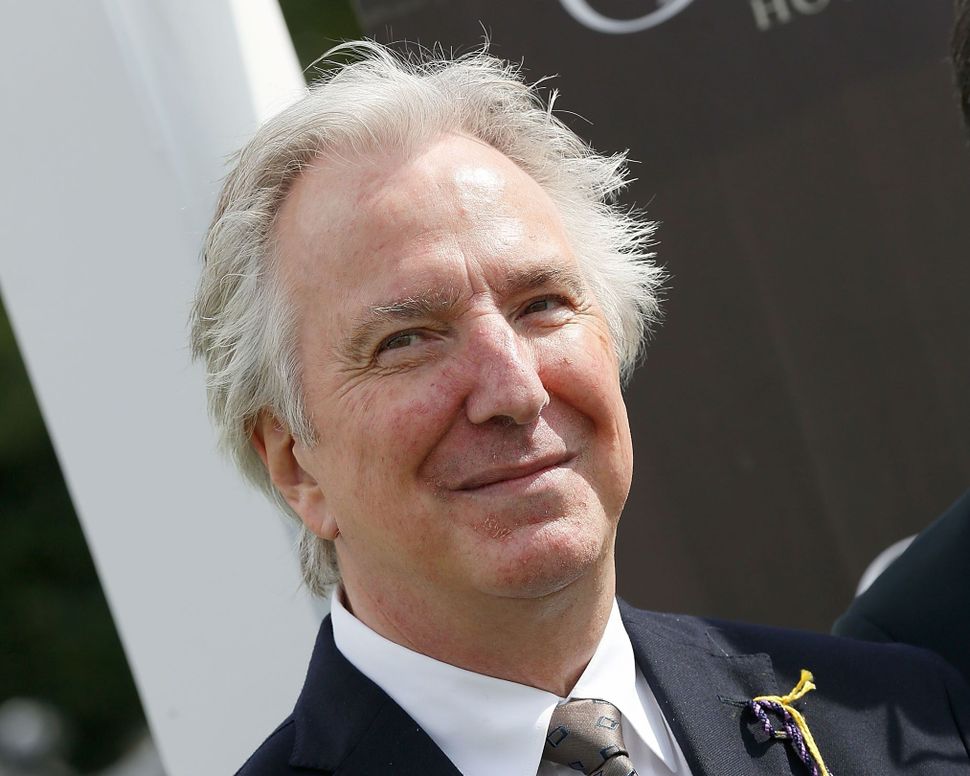 Alan Rickman, the renowned British actor who died last week at age 69, received a touching farewell on Monday from the father of Rachel Corrie, an American activist killed by an Israeli bulldozer in the Gaza Strip during the second intifada.

“Alan Rickman was and remains deeply loved and appreciated by all of Rachel’s family and will be missed immensely,” Craig Corrie, Rachel’s father, wrote in the Guardian on Monday.

Rickman compiled and edited, along with Katherine Viner, the material for the play “My Name is Rachel Corrie,” and directed the premiere production in London in 2005.

“The care Alan took for our family, his courage to take on this particular project and, most of all, the respect he showed for Rachel and her writing, impress me still as truly extraordinary,” Corrie continued.

“When Alan and Katharine Viner crafted ‘My Name is Rachel Corrie’ from Rachel’s writing, and he shepherded it through those first four theatre runs, they managed to capture Rachel’s energy, her humor and her ability to question herself, as well as her world. For those who did not know Rachel but only knew of her, the play gave back to my daughter her humanity – no small achievement,” Corrie added.

Corrie, 23, a pro-Palestinian activist from Olympia, Wash., was wearing an orange vest and attempting to stop a bulldozer from demolishing a Palestinian home in Rafah when she was killed, apparently acting as a human shield. The army said that the area where the incident occurred was named a closed military zone; the claim has been disputed. An Israeli army investigation following Corrie’s death found that the driver of the bulldozer could not see Corrie and did not intentionally run over her. Israeli courts, including the Supreme Court, have ruled her death was an accident. r