Israeli Flag From ‘Exodus’ Ship Is Donated to Holocaust Museum 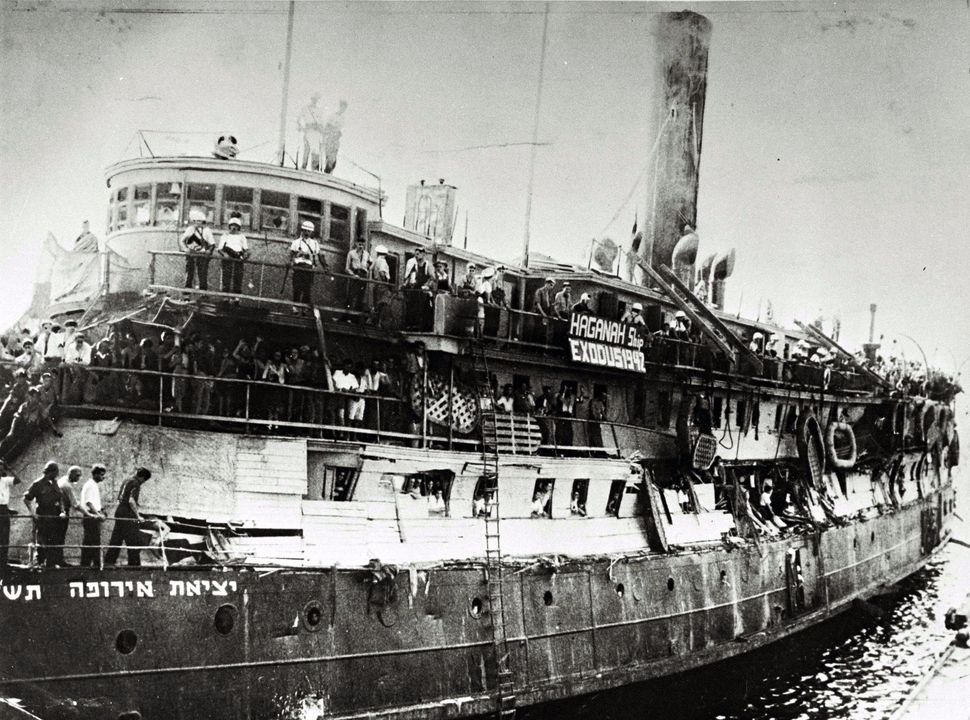 The Israeli flag that flew over the SS Exodus carrying Holocaust refugees to Palestine reportedly was donated to the U.S. Holocaust Memorial Museum.

The flag was delivered to the museum by one of the donors, Bill Silverstein of Chicago, on Tuesday, the New York Times reported.

Some 4,500 Holocaust survivors and other refugees were on board the Exodus when British officials turned it away from the shores of then-Palestine in 1947. The passengers were forced to return to Germany and were placed in displaced persons camps.

Brothers Bill and Tom Silverstein, partners in a Chicago real estate firm, acquired the flag recently from the Kedem auction house in Jerusalem for $144,000 and decided to donate it to the museum, according to the report.

The flag sat hidden in the home of American sailor Michael Weiss in Philadelphia for more than 30 years, and it was later acquired by a rabbi in Jerusalem.

The story of the Exodus was made famous by the best-selling book by Leon Uris, published in 1958. A film based on the book starring Paul Newman came out two years later.

Israeli Flag From ‘Exodus’ Ship Is Donated to Holocaust Museum