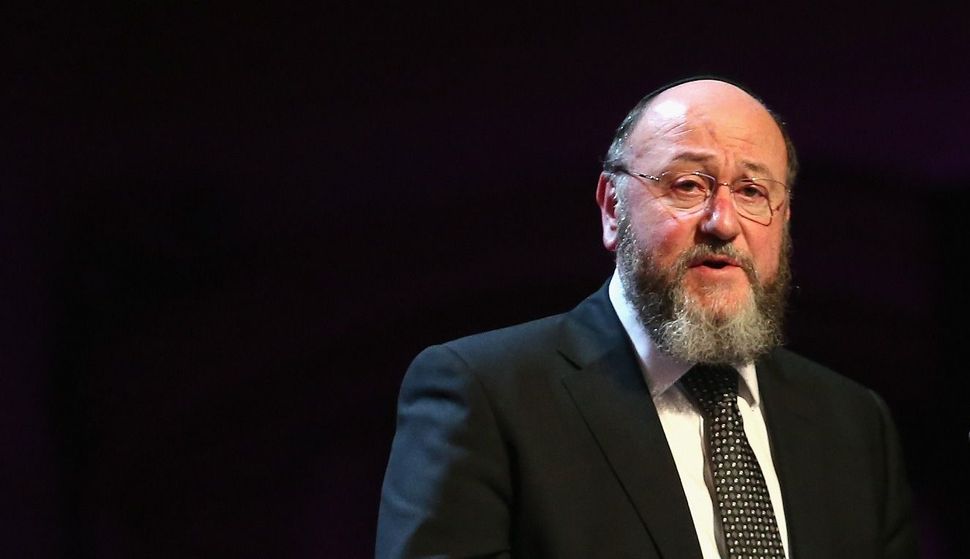 Britain’s Chief Rabbi Ephraim Mirvis said that women who would like to say the Mourner’s Kaddish “should feel comfortable and supported in doing so.”

His comments came in the wake of the publication Wednesday by the United Synagogue, a union of British Orthodox Jewish synagogues, of a mourning and Kaddish booklet for women.

“It is my hope that this guide will demystify the process of saying Kaddish, sorting the myths from the facts and will make a real difference to the grieving process for women in our community,” Mirvis said in a statement on the United Synagogue website.

The booklet is being sent out to all United Synagogue communities, as well as rabbis, female teachers, burial societies and cemeteries. The booklet also offers other ways to commemorate the death of a deceased loved one, including learning Torah in the name of their loved one; helping others; praying and saying Psalms.

United Synagogue Trustee and Co-Chair of the United Synagogue Women Jacqui Zinkin led the effort to prepare the booklet, in the wake of the death of her father. Zinkin said in a letter to rabbis and female leaders accompanying the booklet that: “I found that saying Kaddish provided a structure to my mourning and together with additional learning and chesed projects I began to feel my way through the initial loss. The grieving process is of course different for everyone and there may well be women who do not wish to say Kaddish and they should feel no obligation to do so. But, for those who feel like me, it can help with mourning the loss of a loved one.”

The Mourner’s Kaddish is recited during each of the three daily prayer services in the presence of a minyan. Under Jewish law, women are exempt from saying Kaddish regularly due to its time-bound nature. Women’s recitation Kaddish in many Orthodox synagogues and at public funerals has been controversial, with some saying that women should not recite Kaddish publicly or should only recite it if a man is saying it at the same time.