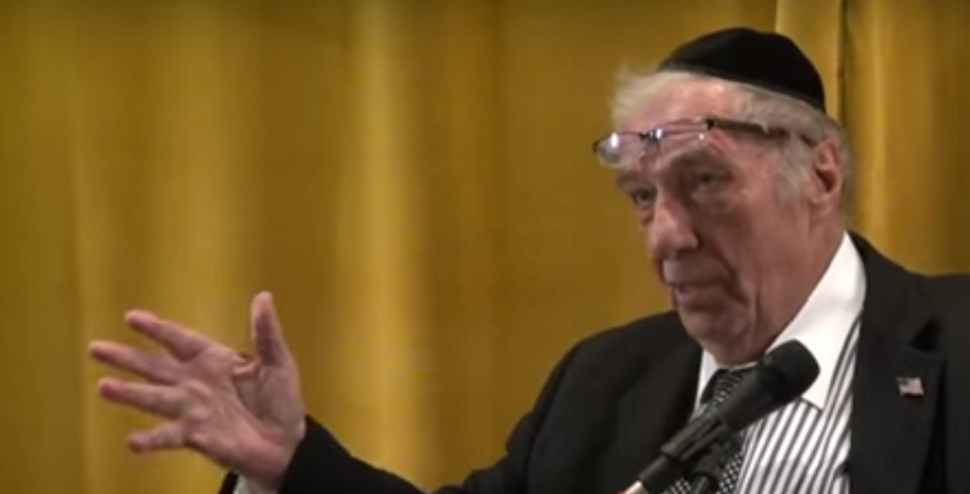 Rabbi Ronald Greenwald, who worked to help free Soviet refusenik Natan Sharansky and others, and served as President Richard Nixon’s liaison to the Jewish community, has died.

Greenwald, of Monsey, New York, died Wednesday in his sleep while on vacation in Florida. He was 82.

In helping to free Sharansky, Greenwald reportedly made 25 trips to East Germany in the 1970s and ’80s. Sharansky, who was released in 1986, now serves as the head of the Jewish Agency for Israel.

Greenwald also worked to free political activist Lori Berenson, who was held in a Peruvian prison, and spy for Israel Jonathan Pollard. He was successful in negotiating the rescue of an Israeli citizen, Miron Markus, from Mozambique in 1978.

He became active in politics in 1962, and worked on the New York gubernatorial campaign of Nelson Rockefeller, helping him win a large share of the Jewish vote for a Republican at the time. The Rockefeller campaign recommended Greenwald to the Nixon campaign, and he worked in the Jewish community for Nixon’s 1972 reelection.

During the Watergate scandal, Greenwald contacted Democratic Jewish members of Congress, including Elizabeth Holtzman, Bella Abzug and Arlen Specter, working to convince them that impeaching the president would weaken the United States and, by extension, hurt Israel.

In 1965, he founded the Camp Sternberg Orthodox Jewish summer camp for girls in the Catskill Mountains, which he continued to operate. He also ran the Monsey Academy for Girls.