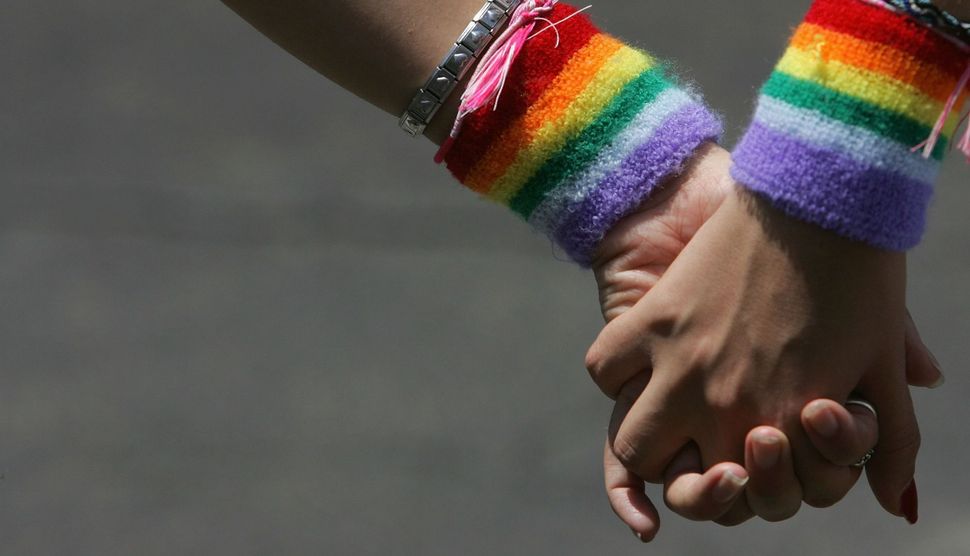 Rea Carey, the group’s executive director, issued a statement at the close of the Chicago conference on Sunday and released to the media the following day.

“Hate speech of any kind is unacceptable whether it’s directed at Jewish or Muslim people,” the statement said.

Carey explicitly addressed the disrupted reception hosted by the pro-Israel LGBT group A Wider Bridge and featuring members of Jerusalem Open House, a gay activist group based in the Israeli capital, saying, “We are deeply concerned about how the events of the evening unfolded — and have already initiated a review of our conference practices.”

Chanting “Hey hey, ho ho, pinkwashing has got to go,” the protesters streamed through the Hilton Chicago on Friday night toward the reception hosted by A Wider Bridge.

Pinkwashing is the term used to described alleged efforts by Israel to cover up its treatment of Palestinians by touting its record on gay rights.

Friday’s protest was the first time a Creating Change reception was protested, Carey said, and “We acted to defuse the situation to the best of our ability. Without consulting us, hotel security called the police.

“The events leading up to and during [the conference] have been extremely hurtful to many — and for really different reasons,” Carey said, referring to to the group’s decision, which it later reversed and said was a “mistake,” to cancel the A Wider Bridge reception.

Carey said she has “already started a review of the Conference” to make needed changes in the areas of “inclusiveness and program content review; safety and security; and promoting conversation and peaceful protest.”

“As we work hard to improve the Creating Change Conference experience over the next year, we will include in that review process consulting widely with leaders in different communities, supporters and stakeholders,” she said.

A statement Saturday from A Wider Bridge said protesters had entered the reception and taken over the stage, preventing the visiting Israelis from speaking.

“Last night the values of free speech and respectful communication that we all value and that should be the hallmark of the Creating Change conference were replaced by a disgraceful authoritarian-like action that seeks to silence the voices of anyone the protesters feel don’t adhere to their rigid dogma,” the statement said.

“Lies and gross distortions about A Wider Bridge and Israel were being repeated throughout the conference and at the protest. We look forward to working with the leadership of the Task Force to ensure that Creating Change can be a welcoming and safe space for LGBT people, Jews and non-Jews, who care about Israel.”