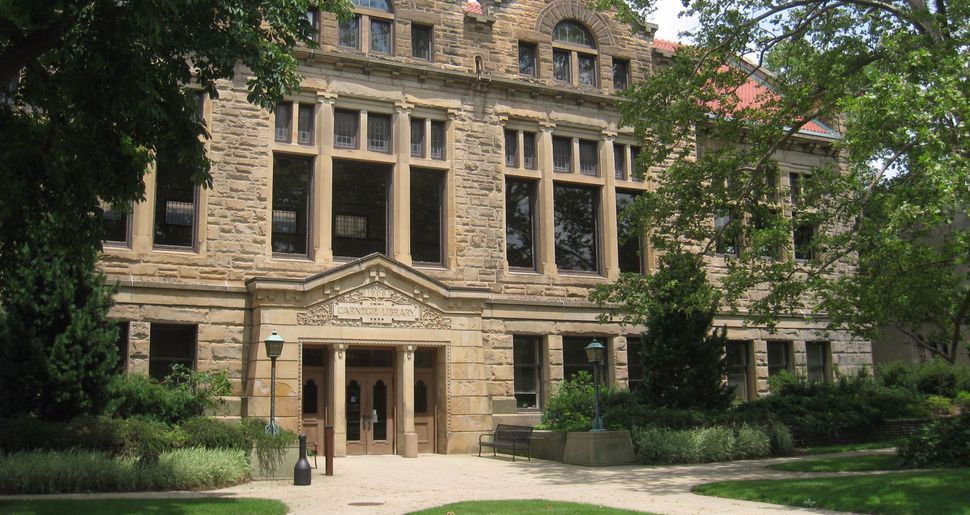 “Several student organizations at Oberlin have assumed the role as the mouthpiece of the BDS (Boycott, Divest From, and Sanction Israel) movement, which claims to be a defender of Palestinian rights, but whose inflammatory language falsely portraying Israel as an illegitimate, colonialist and murderous regime demonstrates that its primary goal is to demonize the Jewish state,” an open letter from graduates to the school administration says.

The BDS activists are telegraphing to Jewish classmates that they “either forfeit your allegiance to Israel and join us, or we will brand you as an enemy of justice and complicit in the oppression of the Palestinian people.”

Some of their protests have been timed : On Rosh Hashanah, Students for a Free Palestine planted 2,100 black flags outside of the Oberlin administration office to protest the casualties in Gaza in 2014 when a fed-up Israel struck back against a near-daily barrage of rocket fire.

The administration has rebuffed the student anti-Israel demands, including those in a petition from black students that have equated the struggle of people of color with the plight of the Palestinians — and was planning to meet the alum who penned the open letter.

This was one of the “goals” in a list of non-negotiable demands black students handed administrators: “The divestment from all prisons and Israel.”

Marvin Krislov, the Oberlin president, roundly rejected the demands: “I will not respond directly to any document that explicitly rejects the notion of collaborative engagement,” he said.

And last September the school’s Investment Office rebuffed BDS and SFP demands that the college divest from several companies that do business in the occupied West Bank.

In an online statement, Students for a Free Palestine denied being anti-Semitic — or stoking hatred. 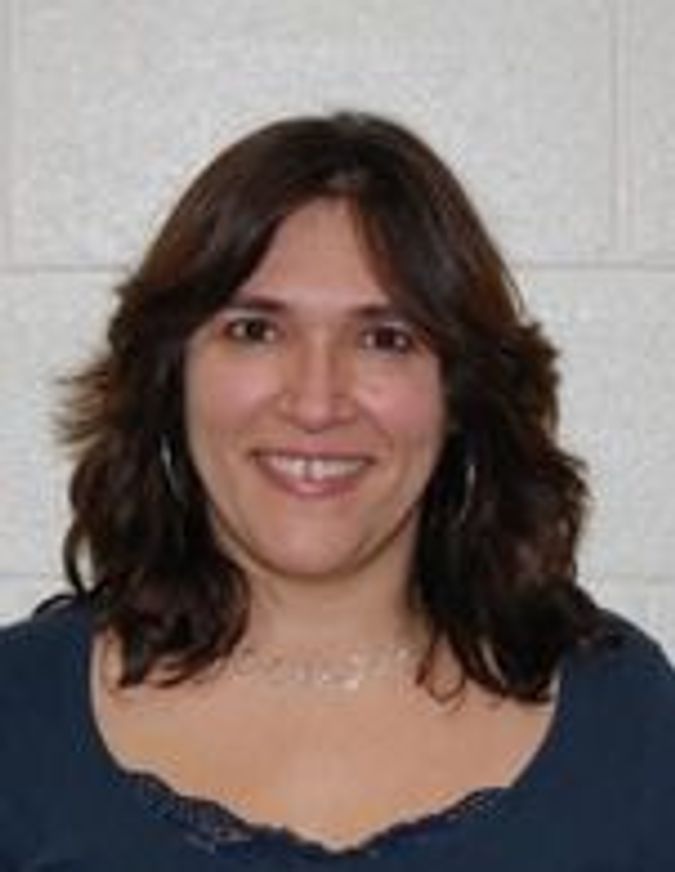 “Confronting the realities of the occupation is uncomfortable and difficult, but it is not anti-semitic. The allegations in the letter equate criticizing the actions of Israel with anti-Jewish bigotry. Israel advocacy groups have increasingly employed a definition of anti-semitism which incorrectly includes criticism of Israel as a nation state,” the group said.

They said the alumni letter, written just after the new year, is intended “to limit the free speech of students, silence political activism and intimidate pro-Palestinian activists.”

Melissa Landa, an instructor at the University of Maryland, is the alumna behind the open letter and she says she has experienced hatred first hand.

In an online forum for students and alums, “I was called a Zionist cultist,” she told The Washington Post. “I was told I comfortably sit in my home in Maryland while I allow others to kill innocent Palestinians on my behalf.”

“This is one of the dynamics — if you refuse to denounce Israel as a murderous regime, then you are complicit … and you can be targeted as an oppressor.” 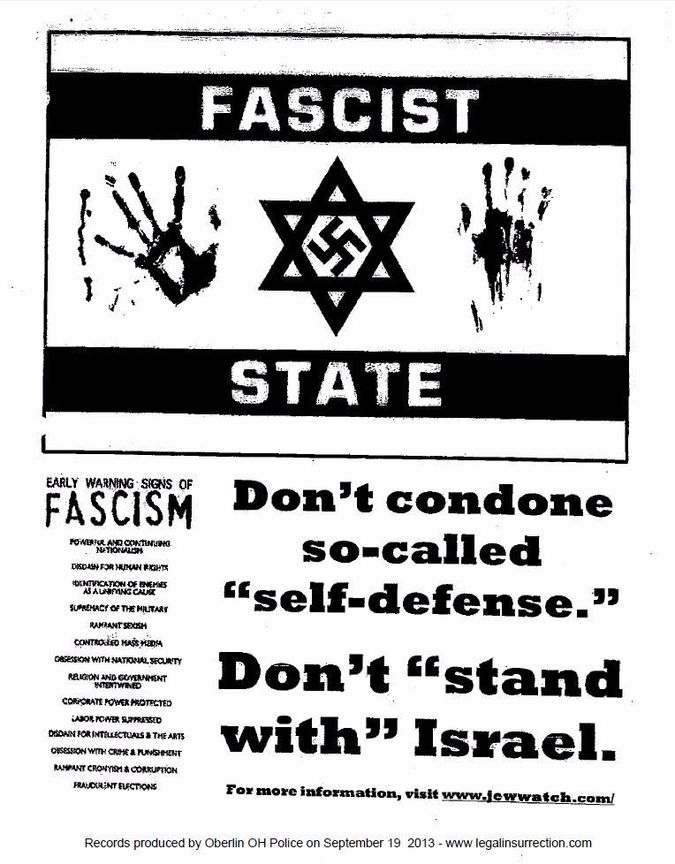 Krislov is planning to speak with Landa and other graduates about their concerns.

Back in 2013 the liberal arts campus was plastered with posters that declared Israel to be a “fascist state” with a swastika emblazoned in the middle of a Star of David.

“The attempt to single out Israel alone for boycott, and the false equation of Israel with Apartheid, fascism and Nazism, is part of the dialogue and accepted,” Cornell Law Prof. William A. Jacobson wrote at the time.

“Oberlin is one of only a handful of higher education campuses where the student government has endorsed the anti-Israel BDS movement and boycott.”