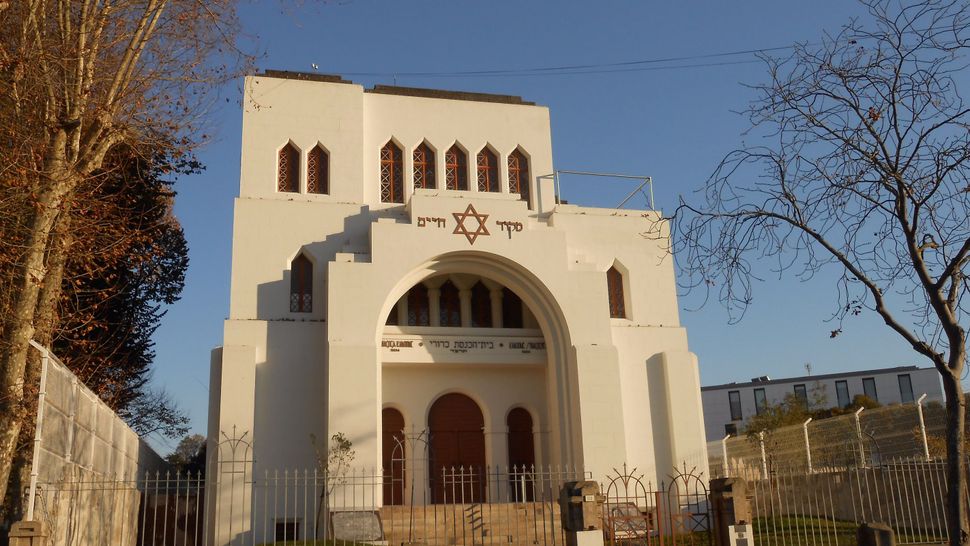 PORTO, Portugal — Some 300 Jews from eight countries, including the chief rabbi of Turkey, celebrated the introduction of a new Torah scroll into Portugual’s Kadoorie Synagogue.

The celebration on Jan. 29 in Porto, Portugal’s second largest city, in what is said to be the largest synagogue in the Iberian Peninsula, was the main event of a weekend organized by the local Jewish community, which has approximately 100 members. Many guests were applicants or prospective applicants for Portuguese citizenship under the country’s 2015 law of return for the descendants of Sephardic Jews.

“At a time of rising anti-Semitism across Europe, I want you to know that you are always welcome here, a place whose identity your communities have shaped forever,” Porto Mayor Rui Moreira said at the Kadoorie Synagogue while wearing a kippah. Moreira, a descendent of Ashkenazi Jews who arrived in Portugal in the 19th century, also said: “There is no anti-Semitism in Porto and I know this because I was elected mayor.”

He said the citizenship was a “necessary act of atonement” by Portugal for its part in the expulsion of hundreds of thousands of Jews in the 16th century as part of the Portuguese Inquisition, which began shortly after the inquisition in Spain. Spain has a similar but stricter law of return for Sephardic Jews. The first recipients of Spanish nationality under that law received it last week.

Passed in 2013 and applied in 2015, the Portuguese law made the Jewish communities of Porto and Lisbon responsible for vetting applicants by tracing their lineage and cross-checking them in their archives. So far, hundreds have applied but only three have received nationality because Portugal did not have a justice minister, whose signature is required to finalize citizenships.

About one quarter of the guests at the celebration in Porto were from Turkey, including Chief Rabbi Ishak Haleva. Unlike many of his countrymen at the event, he did not apply for citizenship. ”I am a Turkish Jew, period,” he said. Other guests came from Brazil, Mexico, Israel, South Africa and France.****