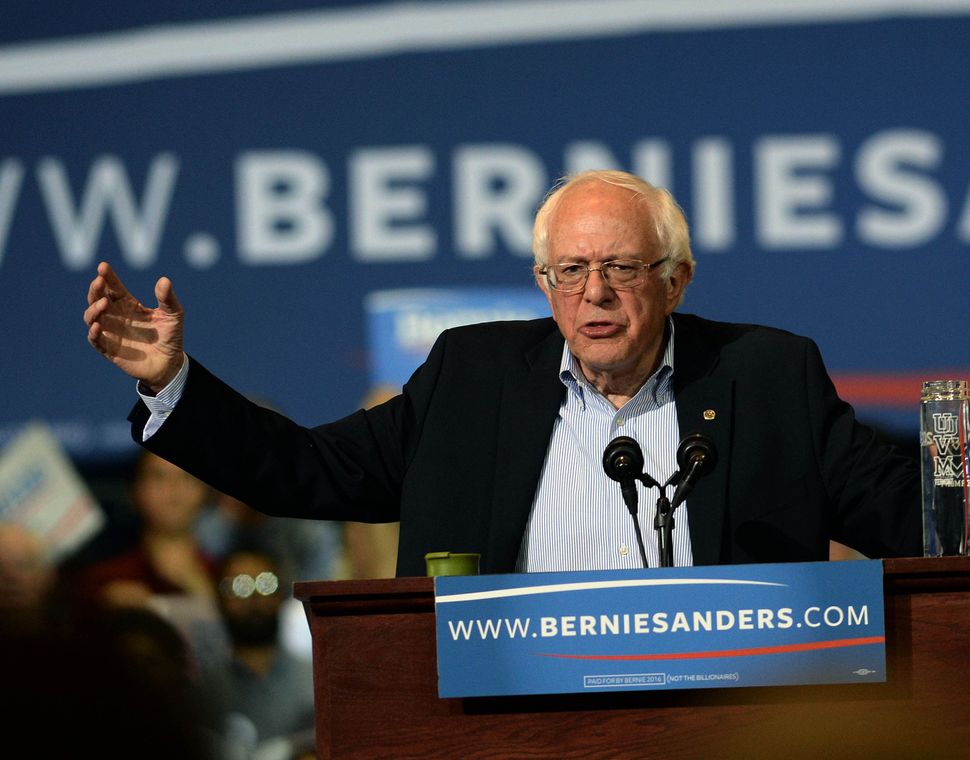 The Vermont Independent senator, mounting a tough challenge to front-runner Hillary Rodham Clinton for the nomination, has been under pressure to provide details on his foreign policy.

Clinton, a former secretary of state, has an array of foreign policy advisers, while Sanders lists none as formally advising his campaign, which until now has focused mostly on income inequality.

“We’ve talked to people like Jim Zogby, talked to the people on J Street to get a broad perspective of the Middle East,” Sanders said Sunday on “Meet the Press.” Zogby is a founder and the president of the Arab American Institute.

Both groups confirmed conversations with Sanders, whom they said was one of several candidates with whom they consulted.

“Effective advocacy organizations provide their views and advice to campaigns,” said Jessica Rosenblum, a spokeswoman for J Street, a liberal Jewish Middle East policy group. “We’ve done that broadly in this cycle, without favor or endorsement.”

Both groups have clashed with the pro-Israel center and right, and Sanders has called for tougher pressure on Israel to make concessions in peace talks.

Sanders also has defended Israel from attacks from the far left, saying it has a right to defend itself from rocket attacks and from groups that seek its elimination. Additionally, he has been a regular among the majority of lawmakers who drop into the annual conference of the American Israel Public Affairs Committee.

Clinton’s campaign, meantime, is pounding Sanders for what it says is his naivete on the Middle East, honing in on his pledge to “normalize” relations with Iran in the wake of the Iran nuclear deal, made during a January debate.

Clinton has argued that Iran still retains its pariah status for its backing of terrorism and its human rights abuses, and its compliance with the nuclear deal must be closely monitored. Sanders agrees that Iran remains a bad actor but says that normalization is likelier to create the conditions that would spur change.

“Iran still remains the country trying to destroy Israel, it has a lot of history of cheating on sanctions,” said Daniel Benjamin, who was the coordinator for counterterrorism for Clinton when she was secretary of state, and who lives in New Hampshire, where Sanders and Clinton are facing off in a primary fight on Tuesday.

Expressions calling for the “warming of relations” between the United States and Iran are mistaken, he said.