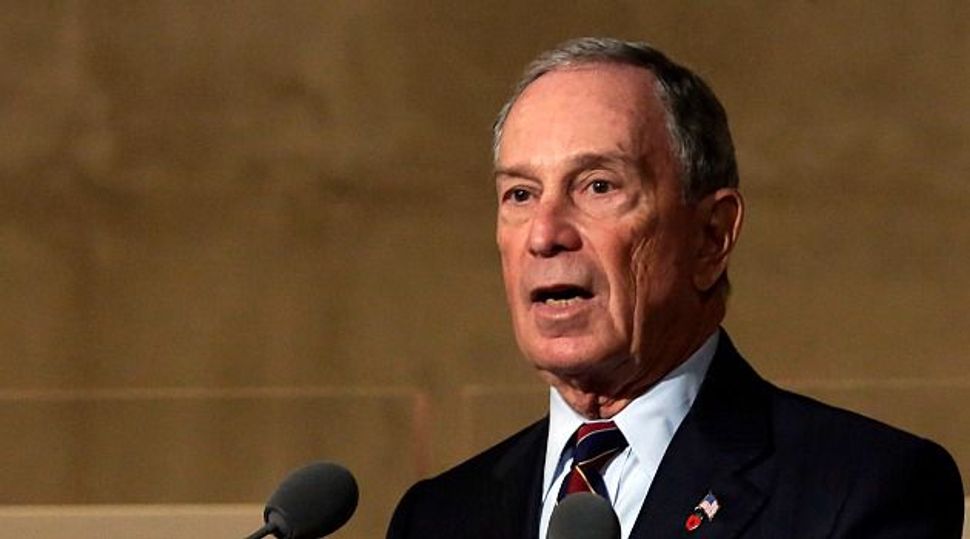 Michael Bloomberg, the billionaire former mayor of New York City, said he is considering running for U.S. president in 2016, the Financial Times reported on Monday.

The 73-year-old founder of the eponymous financial information group was critical of the quality of debate in the presidential contest and said he was “looking at all the options” when asked whether he was considering a run, the newspaper said.

“I find the level of discourse and discussion distressingly banal and an outrage and an insult to the voters,” Bloomberg told the Financial Times in an interview, adding that the U.S. public deserved “a lot better.”

Bloomberg has told aides to draw up plans for an independent campaign for the U.S. presidency, a source familiar with the situation told Reuters on Jan. 23, confirming a report in the New York Times.

He would be willing to spend at least $1 billion of his own money on a campaign for the November 2016 election, according to the source, who spoke on condition of anonymity to discuss the former mayor’s thinking.

Bloomberg has given himself an early March deadline for entering the race, the source said, after commissioning a poll in December to see how he would fare against Donald Trump and Hillary Clinton, the Republican and Democratic front-runners.

No third-party candidate has ever won a U.S. presidential election. But Bloomberg, who has close Wall Street ties and liberal social views, sees an opening for his candidacy if Republicans nominate Trump or Texas Senator Ted Cruz and the Democrats nominate Vermont Senator Bernie Sanders, the source said.

A recent Reuters/Ipsos poll showed a third-party presidential run by Bloomberg would be a long shot but could help real estate mogul Donald Trump if he lands the Republican nomination.

In a matchup between Trump and Clinton, adding Bloomberg’s name to the ballot would trim Clinton’s lead over Trump to six percentage points from 10, according to the poll conducted from Jan. 23 to Jan. 27.

In a matchup pitting Trump versus Sanders, adding Bloomberg would erode Sanders’ lead over Trump to seven points from 12, the poll results showed.

In all matchups, Bloomberg himself would land just 10 percent or less of the vote in November.

The 73-year-old financial information industry billionaire, who earned a reputation as a social liberal with strong Wall Street ties during his time as New York City mayor, has considered a White House run for years.